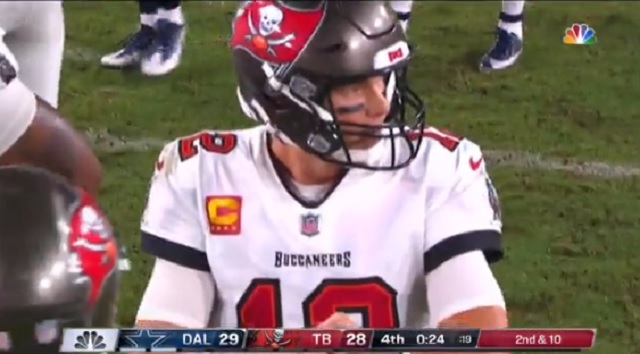 Tom Brady is at the point of his career where he can veto his own coaches’ play calls and it’s usually the right call.

Late in the 4th quarter of the Bucs-Cowboys game on Thursday night, Brady could be seen shaking his head and yelling at Bucs offensive coordinator Byron Leftwich on the sideline before giving the team the play call.

Byron Leftwich called a play, Tom Brady is seen screaming “no, no, NO!” – leans in and calls his own play. Runs the whole drive solo, gets the W. He is the Offensive Coordinator!

Right after shooting down Leftwich’s play, Brady would go on to complete a pass to Chris Godwin to put the Bucs in field goal range to win the game.

Brady to Godwin into FG range.

This is why Tom Brady is the GOAT