Tom Brady’s The GOAT, But It Makes Him ‘Cringe’ When Someone Tells Him That For An Awesome Reason 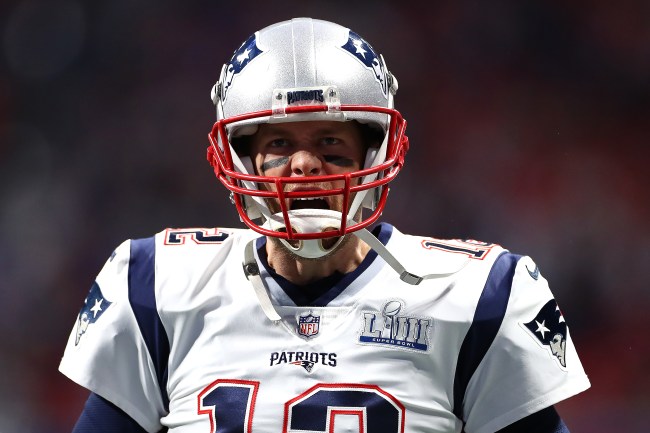 Tom Brady is obviously the GOAT; just don’t tell him that to his face. The now six-time Super Bowl champion — which is most all-time by any player in NFL history — claims that, while everyone and their mother seems to agree that he’s the best ever, he actually “cringes” when people refer to him as the GOAT.

Talking to Michael Strahan on Good Morning America following his Super Bowl 53 victory, Tom Brady explained that getting such a compliment is far from his favorite, and that he’d actually prefer that someone would dog him rather than give him praise. Take a look at the video below.

TOMORROW: A @GMA EXCLUSIVE: @MichaelStrahan sits down one-on-one with Tom Brady, fresh off of his record-breaking 6th #SuperBowl victory, who says it still makes him “cringe” when people refer to him as the "G.O.A.T." https://t.co/NW5XSeYfxn pic.twitter.com/xSNTnIOiG5

Here’s what Brady had to tell Good Morning America, per ABC News:

Brady explained that he is more driven by criticism than anything else.

“The personal criticism, I mean I think I’ll walk off the practice field and be like … ‘That was the worst day, you know, like get your mind right,'” he said. “Sports have always brought that out in me.”

This is such a Brady thing to say, isn’t it? And, personally speaking, it’s f*cking awesome to hear a guy who is the best quarterback ever admit that he carries a chip on his shoulder to motivate himself, instead of being told by people how great he is. It’s what all-timers like Michael Jordan, Kobe Bryant and others have done before, so this kind of gene seems to live in great athletes like Tom Brady.

Whether it was Brady having to earn his spot as the starter in college at Michigan, fight his way into the league as the 199th overall pick in the 2000 NFL Draft or takeover for a former Pats legend, Drew Bledsoe, to become the player he is now, it’s clear that Tom Brady doesn’t get complacent. And that’s just another reason why Tom Brady’s the GOAT — he just isn’t a big fan of anyone telling him that.