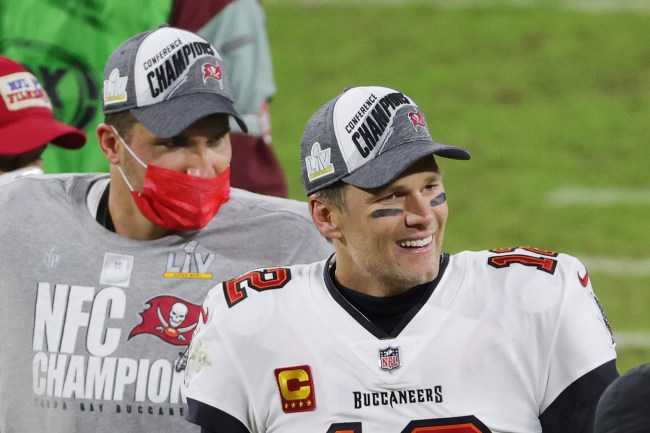 Tom Brady wants to let everyone know that he heard all the criticism from the haters this season.

When Brady left the New England Patriots and joined the Tampa Bay Buccaneers this offseason, many in the media expected him to fall off a cliff without Bill Belichick by his side.

After starting out slow, the 43-year-old QB finished the regular season with 4,633 passing yards with 40 touchdowns and 12 interceptions.

Brady went on to win his seventh Super Bowl and he now has time to mock all the people who doubted him. On Wednesday afternoon, Brady released a hype video that included articles, tweets, and video snippets of people calling him washed up as Mobb Deep’s “Shook Ones” plays in the background. 6

So much shade that’s an eclipse😂 https://t.co/Wi5YOSVKXg

Man @maxkellerman is such a 🤡 hahaha get em @TomBrady https://t.co/vax59uwBfB

The man keeps ALL the receipts and feeds off of your doubt #GOAT #TB12 #GoBlue https://t.co/TctGlzGSVJ