Tom Brady Is Normal After All, Eats Junk Food When He’s Feeling Emotional And Stressed 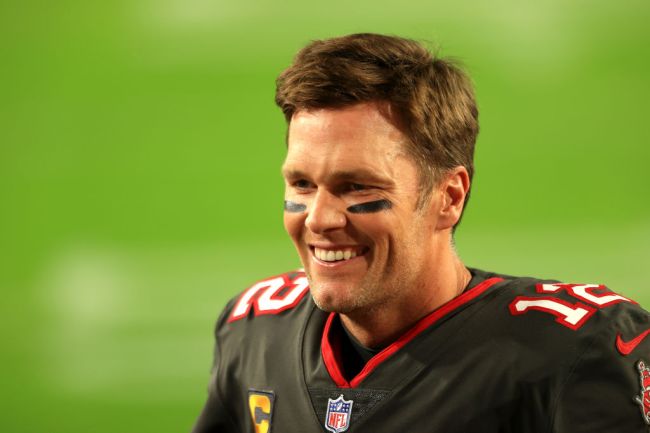 Tom Brady is a lot like you and me after all.

Okay, maybe not a lot, but we do share one thing in common with the greatest quarterback in NFL history, and believe it or not, it has to do with eating junk food.

Brady is known for sticking to an unbelievably strict diet but on certain days when he’s feeling emotional, he’ll take down a pizza or a cheeseburger. According to his trainer Alex Guerrero, these cheat days occur more frequently when Brady sustains a major injury.

Guerrero, who is also Brady’s TB12 business partner, recently made an appearance on ‘The Adam Schefter Podcast‘ and explained what he called “emotion foods.”

“He loves pizza and I would say that he loves a really great cheeseburger,” Guerrero explained.

Guerrero specifically pointed to when Brady cut his hand just prior to the 2018 AFC Championship Game as a day when the quarterback was in need of a pizza.

“That day that he injured himself, that day after that, that we’re kind of getting him through the emotions of what had just occurred,” Guerrero said. “We weren’t super strict on our diet. We’re not like that. We’re very balanced. We do things to kind of help our body stay in balance all the time. So if we feel the need to heat up a pizza and eat a pizza, we’re gonna do it. If he needs to have a cheeseburger, we’re gonna do it.”

The moral of the story here is that you shouldn’t feel the least bit guilty when you have a cheat meal, especially when you’re maybe feeling a little emotional. If TB12 cheats on his diet every once in a while, you can too.

All you have to do to burn off those calories and look like Brady is go through NFL-caliber workouts and practice and stick to a super-strict diet for 99% of the time the rest of the year. Simple stuff.