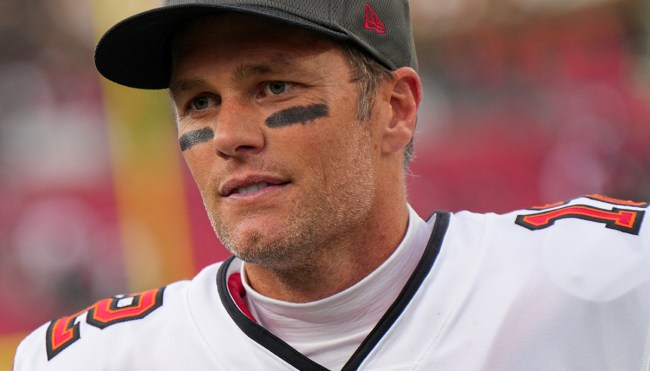 It appeared Tom Brady’s storied NFL career had come to an end earlier this year when he announced his decision to retire after 22 seasons in the league in February only to reverse course a little over a month later when he revealed he’d opted to return for at least one more.

Brady will be 45 years old when the upcoming regular season kicks off, and if we’ve learned anything from the countless people who’ve had to eat their words over the past decade or so after prophesizing an imminent decline that will seemingly never come, it would be foolhardy to even attempt to predict when he’ll end up retiring for good.

However, it would appear Brady already has plans for when that inevitable moment does arrive. On Tuesday, Fox CEO Lachlan Murdoch dropped some major news on an investor call when he revealed Brady will be pivoting to a career in broadcasting whenever he decides to really, actually hang up his cleats, as the quarterback has agreed to a deal to serve as an NFL analyst for the network alongside Kevin Burkhardt after he retires.

It’s unclear how much Brady will be paid for the new gig, but when you consider Troy Aikman and Tony Romo are each raking in around $18 million a year, you have to imagine his contract is in a similar ballpark.

Based on the reactions, people seem to be looking forward to seeing Brady step into the new role (and seized on the opportunity to joke about how long we’ll have to wait for him to actually start the job).

I hope the scheduling department is already slotting in a Patriots game for Fox when Brady is on the call in 10 years or so.

Tom Brady showing up to the first day of work at Fox Sports like: pic.twitter.com/MjSypmhrHc

Tom Brady, coming to a Fox Sports booth near you in 2050 https://t.co/zZprfvxGvC