Tom Brady Has Hilarious Take On Parity In The NFL 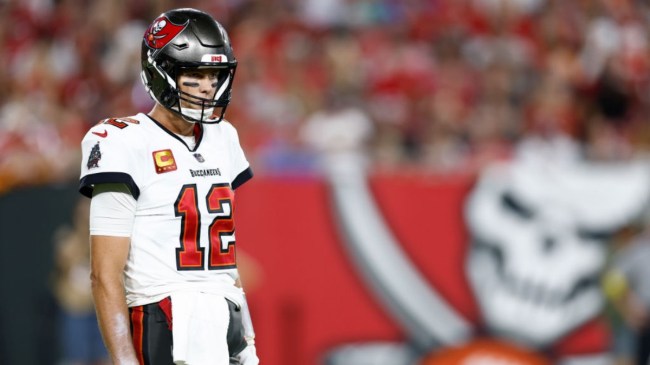 Early on in the NFL schedule, there have been very few teams separating themselves from the rest of the league. After just 4 weeks, the Philadelphia Eagles are the league’s only team that has yet to suffer a loss. There are also only 7 teams currently with a record of 3-1.

There are 4 divisions right now whose leader is only 2-2 and the entire NFC West is currently 2-2.

Among the 2-2 division leaders is the Tampa Bay Buccaneers, who currently find themselves on a 2-game losing streak after their offense struggled against the Green Bay Packers and then their defense got shredded by the Kansas City Chiefs.

Today, Tom Brady was asked about the parity in the league with so many teams, including his own, sitting at 2-2 and had an incredible take on the situation. According to Brady, he’s seen a lot of bad football this year.

There have certainly been some awful moments in the NFL for all to see this season. There was that fiasco at the end of the Broncos’ Week 1 matchup where they opted for a doomed 64-yard field goal instead of putting the ball in Russell Wilson’s hands.

In Week 2, there was the incredible collapse of the Cleveland Browns where they blew a 13-point lead to the Jets in less than 2 minutes.

Week 4 didn’t put much memorably bad football on display, but plenty of bad decision making from the Dolphins and the league.

Maybe Brady and the Bucs can do something to improve the quality of play in the league this week when they take on the Falcons.