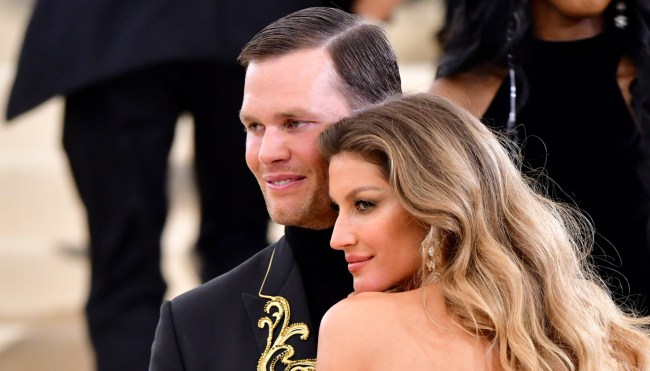 In a tremendously telling bit of foreshadowing, Tom Brady said that as far back as 2018 his wife Gisele Bundchen had voiced some serious complaints about their marriage.

Brady revealed this to Howard Stern in a 2020 interview, but his admission has largely been forgotten as the high profile couple officially announced they are divorcing this week.

“A couple of years ago, she didn’t feel like I was doing my part for the family,” Brady admitted. “She felt like I would play football all season and she’d take care of the house. Then when the season ended I’d be like, ‘Great, let me get into all my other business activities. Let me get into my football training,’ and she’s going, ‘When are you going to do things for the house? When are you going to take the kids to school?’

“I had to make a big transition in my life to say I can’t do all the things that I wanted to do for football like I used to,” Brady continued.

“I’ve got to take care of things in my family because my family, the situation wasn’t great.

“She wasn’t satisfied with our marriage so I needed to make a change in that.”

Brady added that Gisele informed him about many of her marital complaints in a letter she wrote to him.

Based on that interview, it sounds like Tom Brady and Gisele Bundchen’s marriage was in some sort of trouble for the better part of the past four years.

Now that they are officially uncoupled, Gisele is either “devastated” or as a new report by People claims, is “doing fine” because she “has lived her own life for years while Tom played football so she is not afraid to do things by herself.”

“You would never know she was going through a split from her husband,” said one source close to the situation.

Brady, dressed up as the Grim Reaper so he, as he said on his Let’s Go! podcast, could be “somewhat anonymous tonight so the kids can really enjoy themselves,” appeared to have a fun Halloween with his kids Benjamin and Vivian.

Brady also talked a little bit about his divorce during the podcast on Monday, calling it a “amicable situation.”