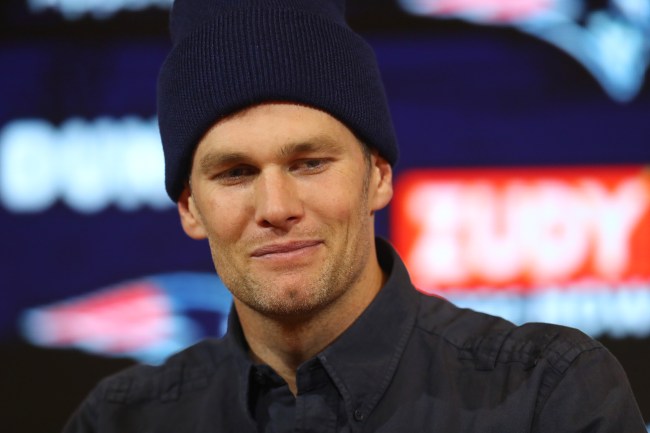 Tom Brady is officially a member of the Tampa Bay Bucs and his new jersey is a hot commodity among NFL fans.

According to online retailer, Fanatics, Brady is the top-selling player across all sports after signing with the team and his day-to-day jersey sales jumped over 900 percent on Friday.

Not only was the Brady the top-selling player across all sports today, but the top three products of any kind were also Brady jerseys.

The Bucs are also cashing in on the Brady signing. Tampa Bay was the highest-selling team on Fanatics, with the New England Patriots coming in at No. 2.

It’s pretty crazy that Brady’s jersey is selling so well considering that Fanatics only has a black/white jersey placeholder on their site until the Bucs officially release their new uniforms in the coming weeks.

Fanatics has an interesting blank #0 jersey as a placeholder for all Tom Brady Buccaneer listings as the Bucs will be unveiling new uniforms in the coming weeks.https://t.co/4g5x4SIQoq pic.twitter.com/MYVtMRilJI