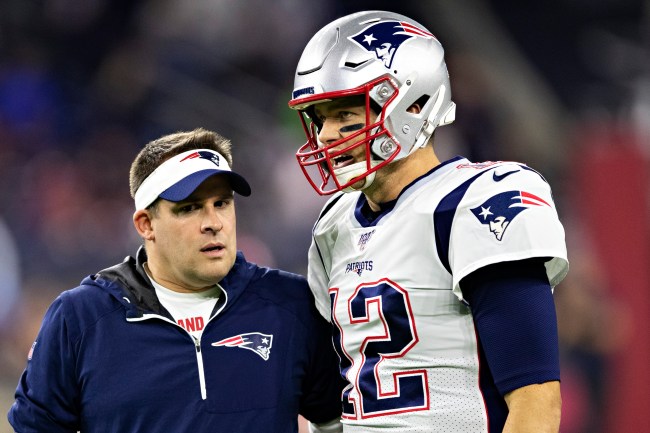 Did Tom Brady leave the Patriots because he was tired of working with longtime Patriots offensive coordinator Josh McDaniels?

According to veteran NFL columnist Gary Myers, Brady had a “deteriorating relationship” with McDaniels noting “Tom was worn out by Josh after all these years Brady also wanted more input into game plan”.

Hard to present an order of why Tom Brady didn't want to return to Patriots. But one thing has been very much overlooked, according to an excellent source: His deteriorating relationship with OC Josh McDaniels. Tom was worn out by Josh after all these years. That surprised me.

They made seem they were brothers fighting after sideline blowups. Worse than that. Brady also wanted more input into game plan. Also, he knew it was final season in NE & said when he didn't trust WRs, didn't throw to them. Bad look. Pats lacked reliable WR other than Edelman.

Myers wasn’t the only one to report a strained relationship between Brady and McDaniels.

Gary is dead on here. The professional/personal relationship between Brady and McDaniels was more strained than publicly portrayed, a source told me. Brady found it frustrating that Josh wouldn't install plays TB12 wanted in the game plan last season. It felt like a phasing out. https://t.co/xLdeV0yM5M

Despite the reports, Brady took to Instagram to claim that it fake news was being spread about his relations with McDaniels.

Tom Brady’s reaction to the report that his relationship with Josh McDaniels had gone south: