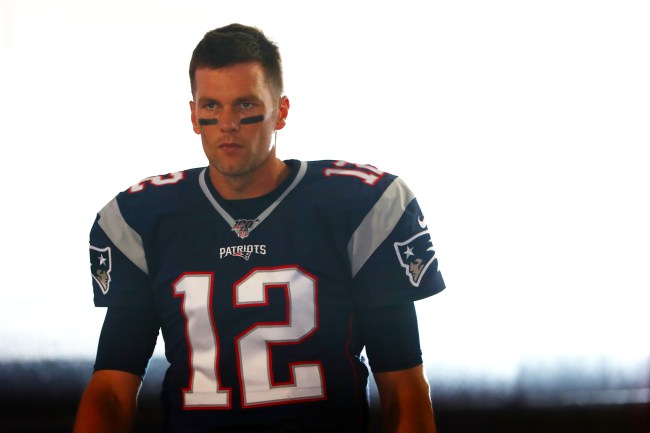 Tom Brady is trying to clear the air about his brief cameo on a Netflix show that has everybody talking.

This weekend Brady appeared In Paul Rudd’s new Netflix comedy “Living With Yourself”. In the brief scene, a refreshed Brady walks out of a shady strip-mall day spa dubbed the “Top Happy Spa.” and has a brief back-and-forth chat with Rudd, who is sitting in his car thinking about going into the spa.

Tom Brady’s guest appearance on Netflix’s Living with Yourself is legendary pic.twitter.com/V7hEn5rnRs

After the Pats owner Robert Kraft arrested soliciting a prostitute at massage parlor Greenberg thought Brady would back out of the project but instead, the QB decided to film the scene anyways.

“During this waiting period [to shoot the scene], news also broke that had [Greenberg] convinced they were going to lose Brady. In [2019], Patriots owner Robert Kraft was charged with soliciting a sex worker at a day spa in a strip mall ‘that looked almost exactly like what we were shooting. Like, I would have used it as a reference photo,’ Greenberg admits. ‘So we’re like, ‘Alright, this is clearly not going to happen now.’”

In the end, it did. After the Patriots won [Super Bowl LII], Greenberg, Rudd, and the crew headed up to Boston to shoot the cameo in a parking lot.

“Paul and I were talking football with him for a good hour,” Greenberg says. “It was really super cool and again, I’m a Jets fan so I had mixed feelings, but he’s also the greatest quarterback of all time.”

Greenberg still doesn’t know why the GOAT agreed to do his show, and he’s fine with never knowing.

Tom Brady addressed reporters this afternoon and blasted the media for trying to construe the scene as a shot at Robert Kraft.

Tom Brady answers questions about his cameo on a Netflix show and he wasn’t happy. pic.twitter.com/WpI7mrfGJy

“That’s not what it was about. I think that was taken out of context, just like you’re taking it out of context. You’re trying to make it a story for yourself, which has a negative connotation to it, which I don’t appreciate.

Brady went on to explain that the scene was shot in a green screen, was agreed to a year ago and was in no way a shot at Robert Kraft.

“No, it was shot on green screen. It was agreed to a year ago. It was written four years ago. Again, it’s unfortunate people choose to think I’d do something like that about Mr. Kraft . . . it’s just a very bad assessment of my relationship with him. I would never do that,” said Brady. “I think everyone knows what our relationship is about. For 20 years, it’s nothing but love and respect. I’ve been through a lot of tough things with him. I love him dearly. I sympathize with a lot of things he’s gone through in his life. So I empathize with a lot of people who get taken advantage of and used. That’s just part of the world we’re living in.”