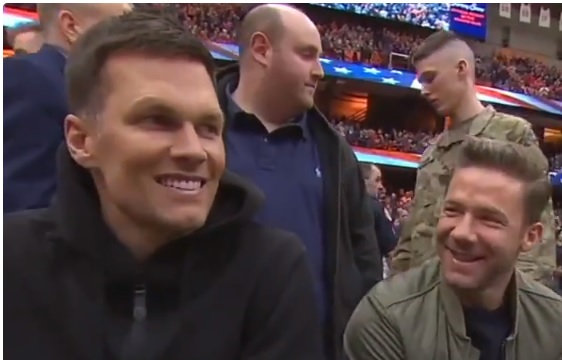 The Tom Brady offseason hysteria is starting to spiral out of control and it doesn’t seem to be slowing down any time soon.

Brady, who is currently a free agent, attended today’s Syracuse-UNC game with teammate Julian Edelman and Jimmy Fallon. During the broadcast of the game Brady looked a bit uncomfortable after Edelman began yelling “he’s coming back” into the camera.

Later in the game, Brady and Edelman were seen FaceTiming with Titans head coach Mike Vrabel which is interesting because the Titans are one of the teams rumored to be interested in signing Brady.

While the rumors of Brady’s future are swirling it seems like Edelman is trying his best to get his buddy to stay in New England.