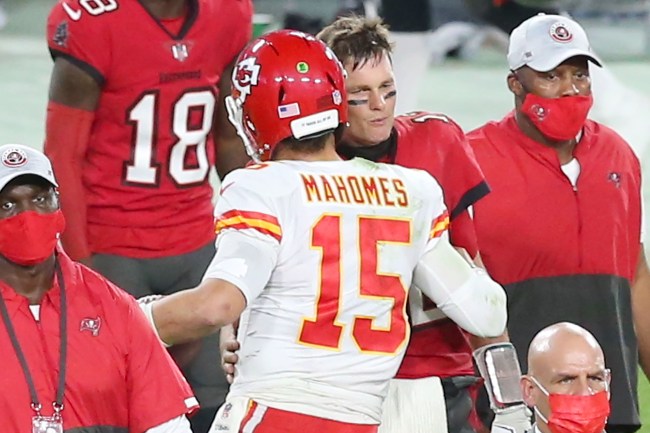 EA Sports is set to reveal the cover athletes for their upcoming Madden game this week but it seems like word has already gone out on who it’s going to be.

On Monday, EA Sports teased the next cover athletes by tweeting out a picture of two goats.

Initial speculation from fans was that Tom Brady and Rob Gronkowski were going to grace the cover.

Fans noticed that Brady and Patrick Mahomes were seen filming a commercial that featured two goats back in April which is likely tied to the current Madden campaign.

Confirmed that both Tom Brady and Patrick Mahomes filmed content for @EAMaddenNFL back in April in Carrollwood Day School in Florida. Appears to be the answer for the two 🐐🐐 for the Madden 22 cover.

Hopefully both Brady and Mahomes don’t get caught up with the Madden curse because that would be terrible for the league.