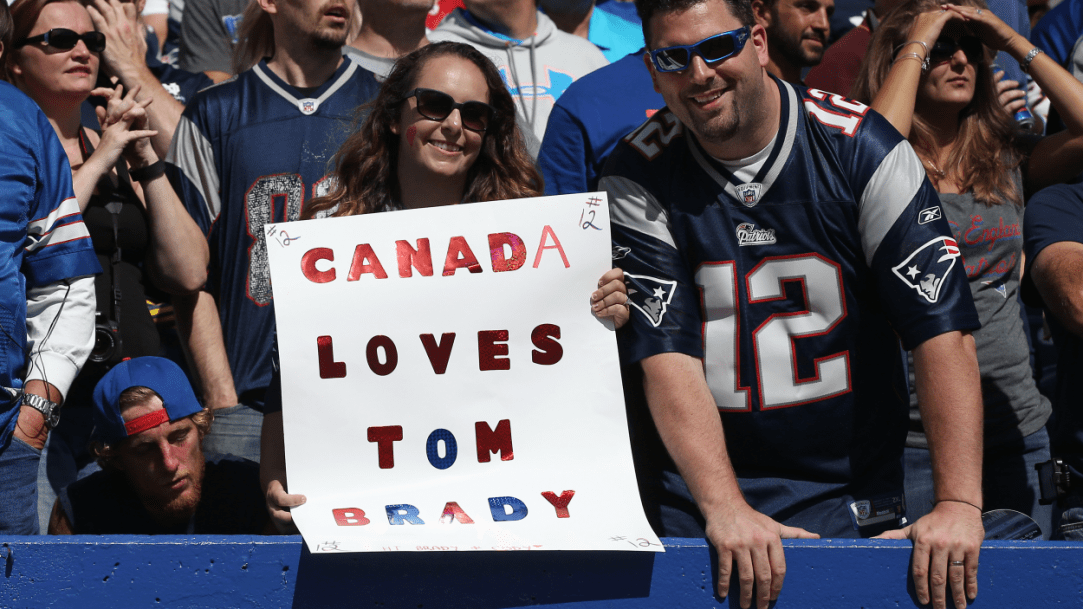 After beating the Seattle Seahawks 21-16 in Munich, Germany, Tom Brady became the first NFL quarterback to win games in four different countries. The GOAT is 4-0 in his international games with wins in London, England, Mexico City, Mexico, Munich, Germany, and against every team in the NFL.

On the latest episode of Tom Brady‘s Let’s Go! Podcast, he teased the idea of playing in the CFL (Canadian Football League) one day to further his streak because he’s so good in international games. A few years ago I would’ve said the chances of this happening were zero but I never expected Tom Brady to leave New England for the Buccaneers.

“I’m hoping I can go play in the CFL at some point and really see what I can make of myself up there because things have gone pretty well outside of the country.”

After Sunday, Tom Brady is now 4-0 outside the US.

"I’m hoping I can get to go play in the CFL at some point… things have gone pretty well outside of the country.”

This Tom Brady quote is easily the best free publicity the CFL has gotten in its entire existence and NFL fans went wild with jokes about Tom potentially playing in the Great White North one day.

If he comes to Canada, it’s to find a new girlfriend… not to play football 🤣

Tom Brady could probably start as a QB in the CFL until he was 65 years old:

lol would extend his career by another 15 years.

Imagine being the one person on planet earth who thinks Tom Brady would struggle in the CFL:

He would get lit up

I’d say the chances of Tom Brady going to the CFL are close to 0% but then again, nobody ever thought Lionel Messi would leave Barcelona for PSG or that Brady himself would go to Tampa Bay…