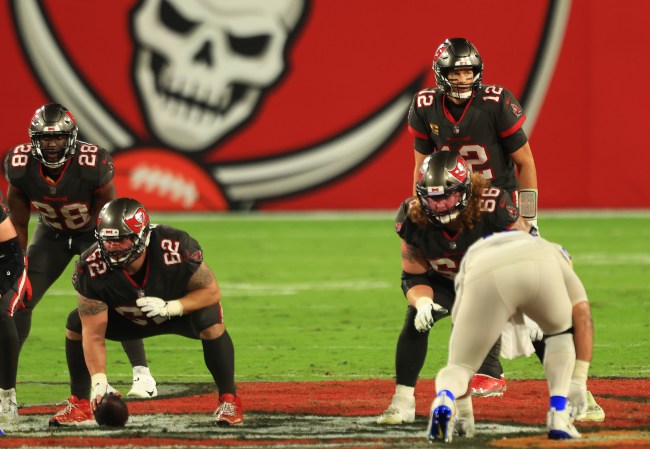 Tom Brady has an interesting new audible signal for the Bucs this season.

During Monday Night’s Bucs-Rams game, Brady appeared to yell out “red panty” during an audible at the line of scrimmage which caught fans off-guard.

Was his play call… red panty?

I believe the play we just saw was called “Red Panty”

We all heard "red panty," right?

Brady with the best call of the night with the #redpanty audible. 😂