A Tom Brady Rookie Card Sold For A Record Price On eBay, Amounting To 6,781 30-Minute Massages At Orchids Of Asia Day Spa 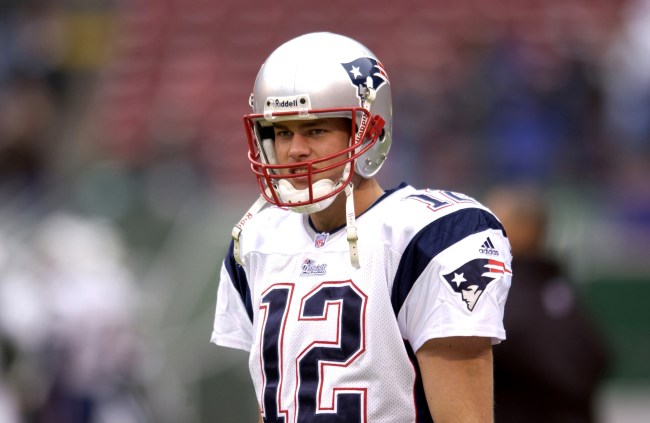 Imagine being so obscenely wealthy that spending six figures on a small piece of cardboard wouldn’t put a dent in your bank account.

Last week, PWCC Auctions sold a 1996-1997 Metal Universe Precious Metal Gems Michael Jordan parallel for a record-setting $350,100 last Wednesday night. According to Sports Collectors Daily, the card one of only ten green or “Emerald” variations produced as part of the PMG parallel cards that were randomly packed inside Metal Universe boxes over 20 years ago.

Welp, that record lasted less than a week, as a Tom Brady card blew it out of the water on Monday night. A 2000 Playoff Contenders Championship Rookie Ticket Autograph card, one of only 100 produced and rated 9 by Beckett Grading was listed as sold for $400,100 in a 10-day eBay auction that ended Monday night.

The card was reportedly owned by former NFL lineman and card collector Evan Mathis, who sold  a 1952 Mickey Mantle card at auction for $2.88 million.

Four days after setting the modern card record on eBay by selling a 1997 Michael Jordan card for $350,100, @PWCCmarketplace just sold this Tom Brady rookie card on eBay for a new record $400,100. pic.twitter.com/XQVKit2Mvx

The Championship Ticket auto has a centering subgrade of 10 with 9s assigned for corners, edges and surface.  The assigned serial number on the back matches Brady’s current age: 41/100.

This Tom Brady rookie card is as valuable as:

2.5 houses in West Virginia (based on the median listing price)
6,781 30-minute massages at Orchids of Asia Spa
10+ teacher salaries (based on starting salaries)
Three practice player salaries (based on minimum $7,600 weekly pay)
109 Super Bowl tickets (based on the cheapest ticket available on StubHub, $3,650, for a corner spot in the Upper Bowl of this past Super Bowl)
21,068 cases of Natural Light beer
57 jet skis
4 luxury villas at Fyre Festival 2018
80 times what Matt Kuchar tipped his fill-in caddie after winning the Mayakoba Classic last November

I have about 2,000 cards under my bed in my childhood home. Maybe some Beanie Babies with the tags still on them, too. May be time to cash in.