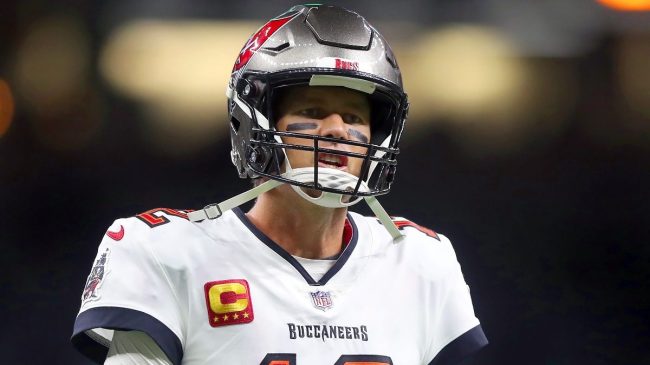 Tom Brady is currently playing the millionth season of his career (just a slight exaggeration). However, during an offseason, the Tampa Bay Buccaneers quarterback spoke about his journey through being a free agent. During that time, Brady called another quarterback “that motherf——” and it’s had everyone guessing who he’s talking about. Now, we get some more information about the mystery at hand.

Tom Brady Admits Ryan Fitzpatrick Is Not ‘That Motherf—–‘

The Buccaneers QB states, “I like to keep them guessing, unfortunately with this coming out I’d have to tell him, it wasn’t him.” Brady continued to say, “I love Ryan but somehow he’s got it out for me. Ryan’s a hell of a guy too, and I’ve competed against him. He’s a Harvard guy, now he looks like he’s part homeless, and now he’s on TV, doing [what] my future job’s gonna be. I think Ryan’s got a good thing going, I’m not sure why he needs to think I’m after him.”

So, the mystery remains unsolved. Maybe it’s time to get a detective on the case to figure this one out. Or better yet, let’s set it up like an old Jerry Springer episode and have the reveal like it’s a baby announcement.

We may never know who Tom Brady was talking about, but at least we know now that it wasn’t Ryan Fitzpatrick.