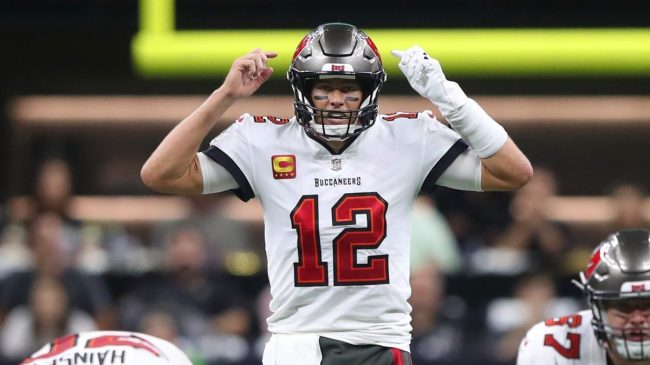 The Tampa Buccaneers are turning over every rock possible to try to find help for Tom Brady at the wide receiver position.

The Bucs entered the season with one of the top tandems in the league with Mike Evans and Chris Godwin. That unit looked even better after the re-emergence of the future Hall of Famer Julio Jones in Week 1.

But since then things have gone downhill for Tampa Bay.

Godwin joined an already lengthy injury list after suffering a hamstring tweak against the Cowboys, while Jones missed Week 2 with the same knee injury that has been plaguing him for a number of years.

Add Mike Evans’ suspension to the mix and things begin to look a bit thin for Tampa.

Now Brady and the Bucs are in the market for reinforcements, and they seem to have found at least one.

Cole Beasley was an undrafted free agent out of SMU when he signed with the Dallas Cowboys in 2012. But the diminutive slot weapon hasn’t let that slow him down.

Instead, he’s forged himself a 10-year NFL career that most recently featured a three-year run with the Buffalo Bills. That run ended after the 2021 season as much due to Beasley’s play on the field as it was his comments and actions away from it.

Beasley had the best year of his career in 2020, catching 82 balls for 967 yards and four touchdowns. That earned him a surprise selection to the NFL All-Pro second team.

The controversial slot wideout didn’t find a home in free agency this past offseason. But now he appears to have found one in Tampa.

News from @gmfb: The #Buccaneers are signing veteran WR Cole Beasley to their practice squad with the expectation he’ll be elevated to the active roster soon, source says.

Tom Brady pushed to bring in another veteran pass catcher and has had Beasley on his radar for a while. pic.twitter.com/dTBH64cgyR

Given Brady’s history with slot receivers like Danny Amendola, Wes Welker and Julian Edelman, the move feels like a match made in heaven.

Beasley to the Bucs 👀 i can actually see him and Brady making a good pair. Brady loves his short slot receivers

I love the Cole Beasley signing! He’s still super quick, great hands, runs great routes, & is not afraid to go over the middle. Vet guy…so he’s trying to win a 💍 Brady has apparently been in contact with him too😄#GoBucs#TompaBay🏴‍☠️🔴🟠

Meanwhile, fans of other teams are wondering why they didn’t bring in Beasley.

Imagine giving your franchise quarterback weapons to help him. https://t.co/lrptKaIk3k