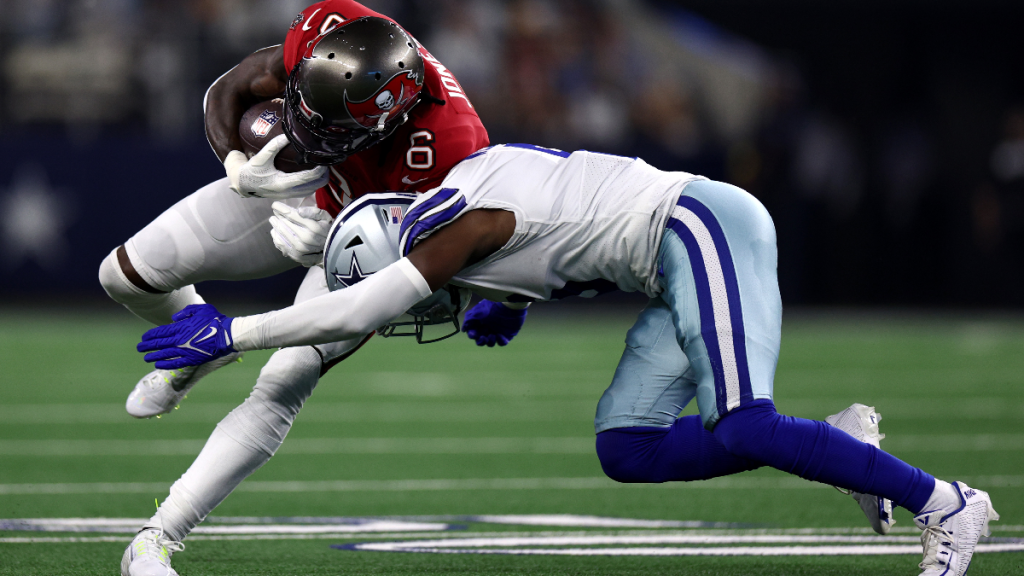 Brady is now the oldest quarterback in NFL history, the oldest MVP, oldest Super Bowl MVP, and the oldest QB to be selected to a Pro Bowl. And 7-time Pro Bowler Julio Jones has been one of the league’s most dangerous wide receivers for over a decade and nobody could’ve ever imagined he’d wind up at a Falcons rival catching passes from the GOAT. But here we are.

Anyone watching SNF saw Julio Jones looking as fast as ever. There was a lot of chatter on Twitter about it. Some people figured it was just their imaginations acting up because he’s 33 years old and coming off a lackluster year with the Tennessee Titans. But he looked SHARP, and advanced stats revealed it wasn’t just clever camerawork:

One more quick tidbit before the games begin: #Bucs WR Julio Jones clocked the fastest time of any player on his team during training camp practices, I’m told. If you are wondering how he’s been in Tampa 💨

How fast is Julio Jones? This fast:

Julio reached the 7th fastest of any ball carrier in Week 1. He reached top speeds of 20.62 MPH on his 48-yard reception and 19.98 MPH on his 12-yard rush. He clocked 2 of his 3 fastest speeds since 2020 against the Dallas Cowboys. HE’S BACK. Here’s a look at how Julio Jones was playing last night if you missed it:

NFL fans had jokes about how fast Julio was in his Tampa Bay Buccaneers debut.

I’m sitting here asking myself why I’m not on the TB12 method yet:

Tampa Bay has plenty of depth at wide receiver which means Julio Jones will get opportunities to rest when he needs it:

Give him lots of breaks. They know how to rotate them in Tampa.

Is it possible the Buccaneers actually improved the team’s offense over last year?!

Saw him fly down the sideline live – he looked like the Julio of old. Hope he stays healthy.

One can’t help but imagine just how next-level good the Tampa Bay Buccaneers offense would be if Rob Gronkowski suddenly decided to come out of retirement. It would also be surreal to see Gronk, Brady, and Julio dominating defenses who were in elementary school when Brady was winning Super Bowls.