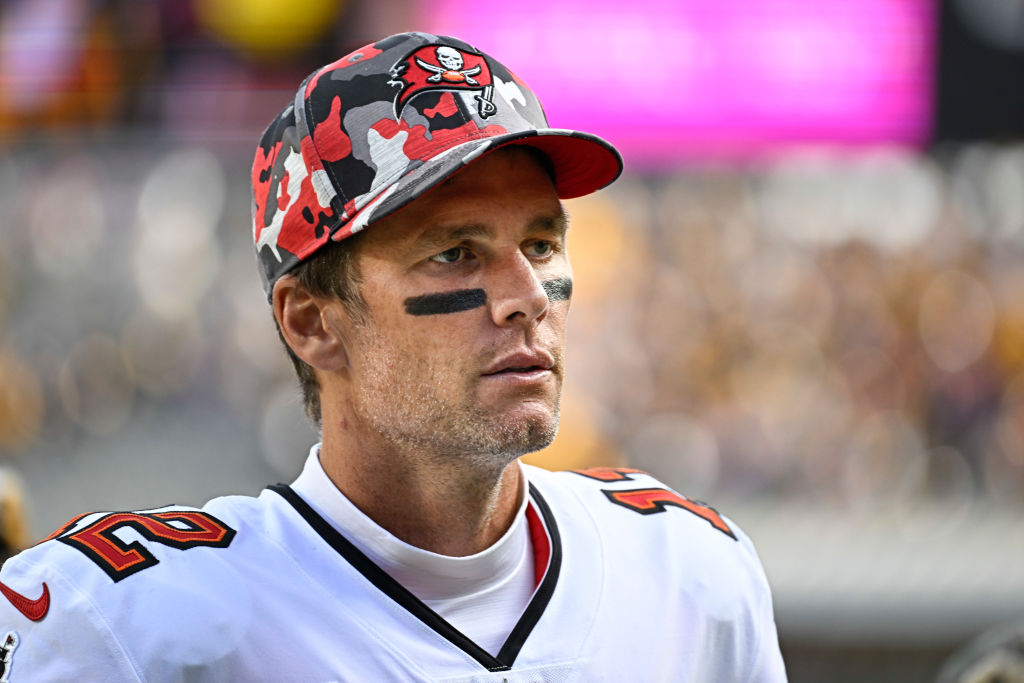 Tom Brady is being criticized for taking some time to practice throws while one of his teammates was seriously injured on the field.

During the third quarter of the Bucs-Steelers game, Bucs tight end Cam Brate took a scary hit to the head.

Scary injury for Cameron Brate but good to see him moving and giving the thumbs up sign pic.twitter.com/hRxvTApFTy

Brate needed to be carted off due to his head/neck injury.

Scary scene at Acrisure where Cam Brate is being moved to a stretch to get him on the cart. Players from both teams around Brate and the cart. pic.twitter.com/XRFTfUWmpd

Before the cart came out for Brate, Brady was seen practicing his throws with a Bucs assistant while players stood around in prayer.

A #Bucs Player is seriously injured and @TomBrady took the opportunity to practice. What a scummy thing to do. pic.twitter.com/zbByxNRgZa

Brady was instantly criticized by fans.

this is very weird behavior. I’m never seen a QB or any player for that matter be on the field (throwing) while their teammate was down and hurt.

When Shazier was injured, Ben wasn’t on the field tossing the ball to “keep his arm warm” https://t.co/yzDGp3YbOg

This man left his wife and kids because he loves football so much… so this ain’t shocking https://t.co/Dlod0AMt4n

Not a great look 😬 https://t.co/RTPAZ6nPnM