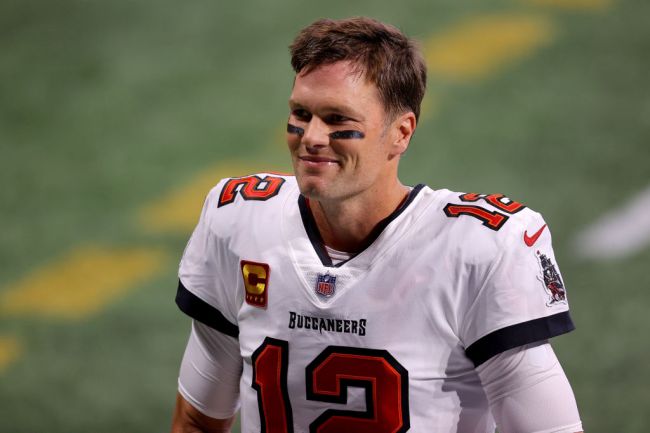 The build-up for Tom Brady’s return to New England this Sunday has been brewing for well over a week now. We’ve yet to hear too much from Brady himself about his first game back in Foxborough since leaving the Patriots, but we’ve certainly heard from plenty of others in his camp.

Interestingly enough, one of the first people to create a headline about Brady’s returns was Brady’s father himself, Tom Brady Sr.

Early last week, Brady Sr. joined Tom Curran’s ‘Patriots Talk Podcast‘ and explained that Brady and the rest of the family felt “vindicated” about him leaving New England. The elder Brady even went as far as to say that Bill Belichick wanted Brady out the door during his last year as a Patriot.

Brady Responds To His Father’s Comments In Hilarious Fashion

Brady can’t help or control the fact that his dad is going to speak his mind and defend his son any chance he can get, that’s what any dad would do. Talking like that on a major Patriots podcast is a bold move, however, but ultimately Brady seems to have laughed off the whole thing.

The Bucs quarterback prepared a hilarious statement addressing his father’s comments explaining that his dad’s views and positions don’t always reflect his own. He even jokingly threatened to put his dad in a retirement home.

“I’ve actually prepared a statement that I wanted to say, and it’s really all that I have to say on the subject,” Brady joked, according to ESPN’s Jenna Laine. “Comments made by Thomas Edward Brady, a 77-year-old insurance company CEO who should know better at this point in his life, doesn’t necessarily reflect the views or positions held by his son, Thomas Edward Patrick Brady Jr., so furthermore should Tom Sr. continue to speak out on behalf of his son without the express written consent, Tom Jr. reserves the right to eventually put him in a home against his will. That’s all I have to say.”

It’s funny to imagine Brady first hearing about his dad’s comments about the Patriots and Belichick and him getting all mad about it. I can imagine that phone call between the two was hysterical.