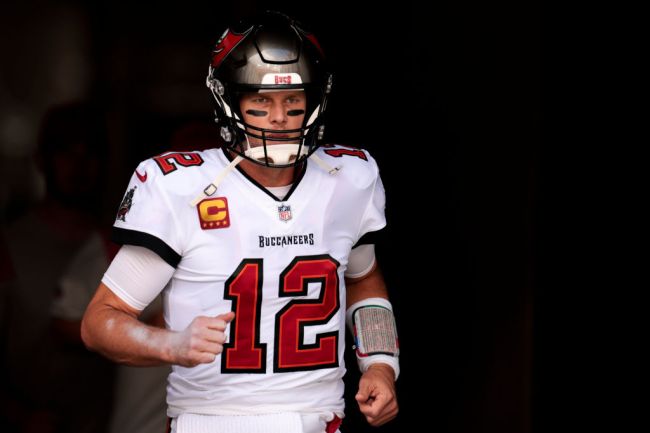 Tom Brady’s first game back in New England may still be two weeks away, but the hype and publicity surrounding the Bucs-Patriots Week 4 matchup has already started. Tom Brady Sr. has already inserted himself into the mix as well.

Brady’s father joined Tom Curran’s ‘Patriots Talk Podcast‘ to discuss his son’s return to Foxborough and boy did he have a lot to say.

Curran asked the elder Brady if the family feels “vindicated” and if they think they made the right decision leaving New England for Tampa Bay. Brady Sr. answered those questions rather emphatically.

“Tommy is extraordinarily appreciative of everything that happened during his New England career, and he’s more than happy that he’s moved on because it was pretty obvious that the Patriot regime felt that it was time for him to move on,” Brady Sr. said.

“And frankly, it may well have been perfect for (Bill) Belichick to move on from him.”

It’s interesting to think about what Brady Sr.’s answer to these questions may have been had his son and the Bucs not dominated the NFL a year ago en route to a Super Bowl.

That, of course, didn’t happen. Brady was Brady and the Bucs now look like favorites to repeat as Super Bowl champs.

It’s safe to say that Brady Sr. wouldn’t be too upset if the Bucs go into New England and embarrass Belichick and the Pats in a couple of weeks.