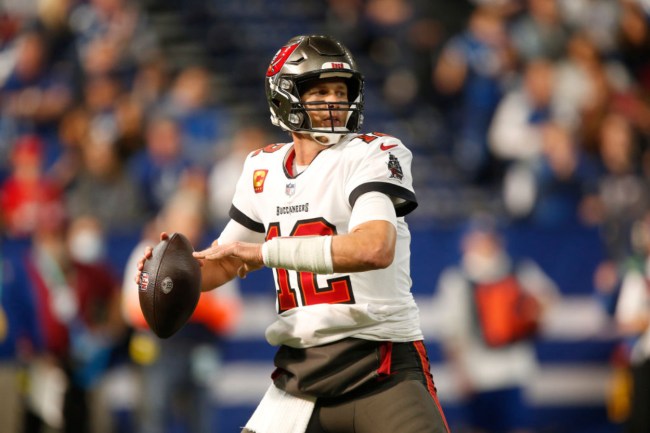 Tom Brady has always enjoyed playing against the Indianapolis Colts because more often than not he’s walked away from that game with a win. That was exactly the case this past Sunday when the Buccaneers earned a 38-31 in Indianapolis.

Following the win, Brady couldn’t help from letting everyone know just how dominant he’s been against the Colts over the years. Brady had a little fun during the newest episode of his ‘Let’s Go!‘ podcast and trolled Indianapolis, big time.

“Always fun talking to you (Jim Gray) on a Monday after winning. Especially fun after we beat the Colts, which we’ve done a pretty good job of that lately,” Brady said.

“I think I’ve beat the Colts the last nine times I’ve played ’em, so…it was great to win in Indy. It turns out that horseshoe on their helmet isn’t as lucky as it seems, which really sucks for them but not for us.”

Brady is 16-4 all-time against the Colts, which includes a 4-1 postseason record against Indy. The majority of his wins against Indianapolis were memorable battles against Peyton Manning as well.

As for his statement about Sunday’s win being his ninth straight over the Colts, his math checks out.

While he’s utterly dominated the Colts over the years, he’s beaten up on two other teams in a far worse fashion. Brady is 29-7 against the New York Jets all-time and a staggering 32-3 against the Buffalo Bills.

Brady is also one of just three other quarterbacks who has beaten every other team in the league over the course of his career.