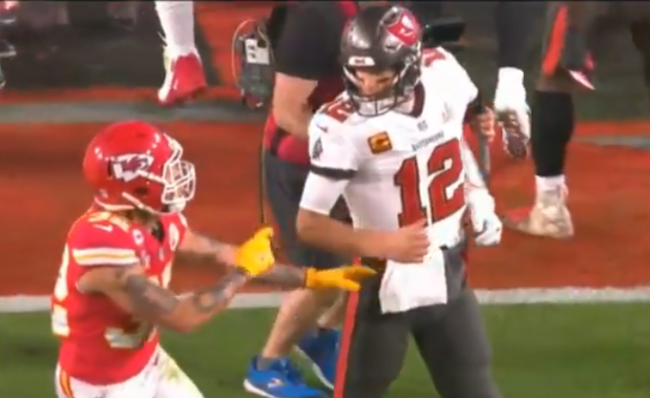 Tom Brady and Chiefs safety Tyrann Mathieu found themselves beefing in the middle of the Super Bowl.

Late in the second quarter, Brady and Mathieu were seen yelling at each other. During the shouting match, Brady could be seen saying “I’m coming back at you” at Matthieu.

After Brady scored a few plays after a Mathieu pass interference, the Chiefs safety got in Brady’s face for whatever reason.

Probably not a good idea to get Brady fired up in the middle of a game.