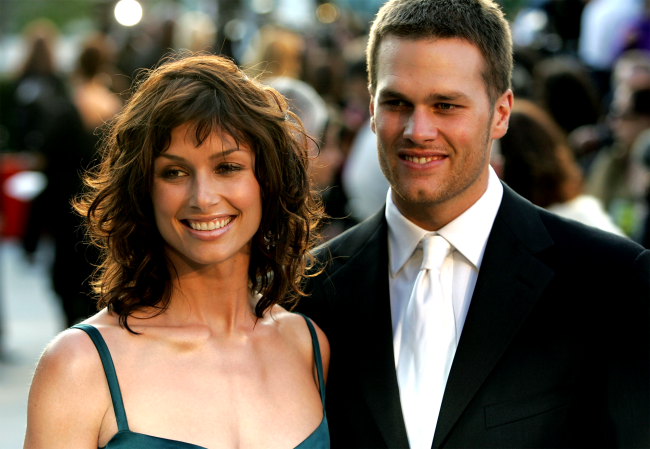 Back on February 1 (41 days ago), Tom Brady’s ex-girlfriend and mother of one of his kids, actress Bridget Moynahan, congratulated him on his retirement from the NFL after 22 incredible seasons.

“So proud of @TomBrady,” Moynahan tweeted. “Yesterday and today and I know you will do great things tomorrow. Looking forward to the next steps.”

So proud of @TomBrady. Yesterday and today and I know you will do great things tomorrow. Looking forward to the next steps. pic.twitter.com/RCrRXNyRHA

On Sunday, in the middle of the March Madness brackets being revealed, Tom Brady tried to pull off a Michael Jordan “I’m back” moment by announcing that, whoops, he was just kidding, he’s actually not retiring right now.

“These past two months I’ve realized my place is still on the field and not in the stands,” Brady wrote on social media. “That time will come. But it’s not now. I love my teammates, and I love my supportive family. They make it all possible. I’m coming back for my 23rd season in Tampa. Unfinished business LFG.”

So… along with pretty much everyone else in the universe, Bridget Moynahan took to social media to express her reaction to the news.

“Thank God, I had no idea what I was going to do with my Sundays,” she tweeted. “Congratulations @TomBrady, so proud of you!”

Thank God, I had no idea what I was going to do with my Sundays. Congratulations @TomBrady, so proud of you! pic.twitter.com/FKiMBuVFMi

Is that so she can still have someone she can really root against on Sundays?

#NickFoles is having an amazing game @eagles @nfl

Nah. As Moyhanan stated in her book Our Shoes, Our Selves, “Tom and I made a decision to raise a child together and we both found partners that not only supported us in raising that child, but also loved our child as if he was their own. I don’t think you can ask for more than that. My son is surrounded by love.”

That, of course, didn’t stop the internet from having a little fun with her and Tom Brady’s quick return from retirement.

Just when I think I'm out, they pull me back in.

Hey @bridgetmoynahan is there anything you can do to get @TomBrady to ask for a trade to my @49ers ?

You are so classy Bridget. Welcome back Tom!