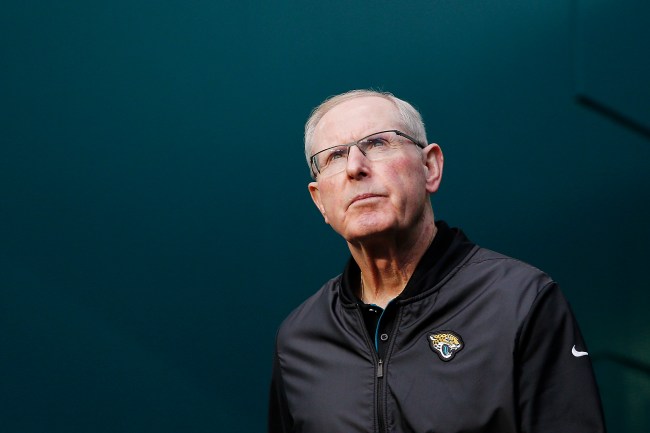 The Jacksonville Jaguars fired Tom Coughlin before he was able to leave his on his own accord.

On Wednesday afternoon, team owner Shad Khan announced that the team was relieving Coughlin of his duties effectively immediately.

Jaguars' owner Shad Khan informed Tom Coughlin that he was being relieved of his duties as Executive Vice President of Football Operations of the Jacksonville Jaguars, effective this evening.

The news of Couglin’s firing came after the NFLPA won a grievance against the Jaguars for fining injured players an absurd amount of money for not participating in the team’s offseason medical treatment program.

NFLPA won an arbitration grievance against the Jacksonville Jaguars. Said Jags tried requiring players to get all offseason medical treatment at team facility, which contravenes the CBA. “You as players may want to consider this when you have a chance to select your next club.” pic.twitter.com/S1eyqqw8cg

According to Mike Florio of ProFootballTalk Coughlin was planning on retiring next week after the team’s final game before getting fired.

Per multiple sources, the two-time Super Bowl winner was planning to retire at the end of the season. One source suggested that Coughlin had planned to announce next week that he’d leave the organization upon conclusion of the Week 17 game against the Colts.

The Jaguars really had no other choice but to come down hard on Coughlin after the NFLPA’s grievance win and stories of Coughlin fining Leonard Fournette $99k just for sitting on the bench while being inactive.