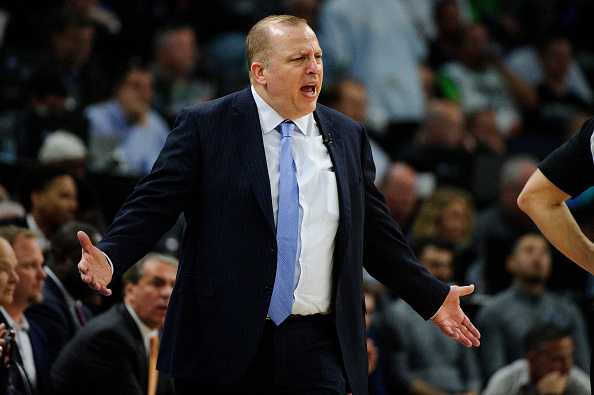 For the past month, Jimmy Butler has made life hell for the Minnesota Timberwolves in an attempt to force a trade from the team. Not only did he cause a ruckus in his first practice earlier this year, but he would sit out back-to-back game because of “general soreness” and it seemed like he was actively trolling the team during games.

Jimmy butler will sit out tonight again due to  “general soreness” pic.twitter.com/LuxMDBA6dG

Jimmy Butler is waving a towel with Warriors fans.

Jimmy Butler does not play for the Warriors. pic.twitter.com/tKbzpm7loH

Last night the Wolves lost their fifth game in a row and decided to trade Butler to the Sixers in a blockbuster trade.

Minnesota will also trade Justin Patton and acquire a second round pick in the trade, league sources tell ESPN. https://t.co/oMXzL7oEen

According to Adrian Wojnarowski of ESPN, coach Tom Thibodeau decided to pull the trigger after last night’s game because he felt he couldn’t win with Butler under the dysfunctional envirnoment caused by his maligned super star.

After winless 5-game road trip that ended with loss Sacramento on Friday night, Tom Thibodeau had come to realization that the Wolves couldn't win with Butler in this dysfunctional environment, sources said. He told associates that Minny wouldn't play another game with Butler.

Minnesota accomplished one of the goals it set for itself in trade talks: Sending Jimmy Butler to the Eastern Conference, not to a Western rival. A deal with Philadelphia made more sense for the Timberwolves once Miami pulled Josh Richardson out of talks.

Considering the circumstances it seems like Thibs got a pretty decent haul for Butler.