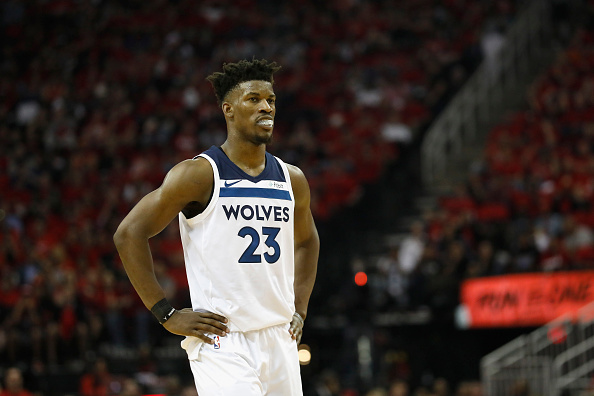 Last month it was reported that Jimmy Butler was unhappy with his situation in Minnesota and had requested a trade from the team.

Jimmy Butler has requested a trade from the Minnesota Timberwolves, league sources tell me and @JonKrawczynski. Butler has given Minnesota a list of one-to-three teams with whom he's open to signing extension, in anticipation of trade.

Butler had made it known for months that he was frustrated with the attitudes of his younger teammates, especially that of Karl-Anthony Towns.

The situation remains fluid. Irving has already said he won’t be signing a contract extension with the Celtics this summer. A league source said Butler, who has been frustrated with the nonchalant attitudes of younger teammates — specifically Karl-Anthony Towns — does not intend to sign an extension with the Timberwolves.

While the Miami Heat has been in hot pursuit of Butler, the team has failed to close the deal which has frustrated Butler to no end.

Today Jimmy Butler returned to Wolves practice and according to ESPN’s Adrian Wojnaroski he “verbally challenged” several of his teammates and members of the front office.

A lot of Minnesota players left Timberwolves practice today energized by Butler's performance, mesmerized with him taking end-of-the-bench players and running the table on the regulars, sources said. At the end, he marched out like if a mic drop. Butler delivered a tour de force.

We’ll see what happens with Butler but odds are that he gets traded sooner than later.