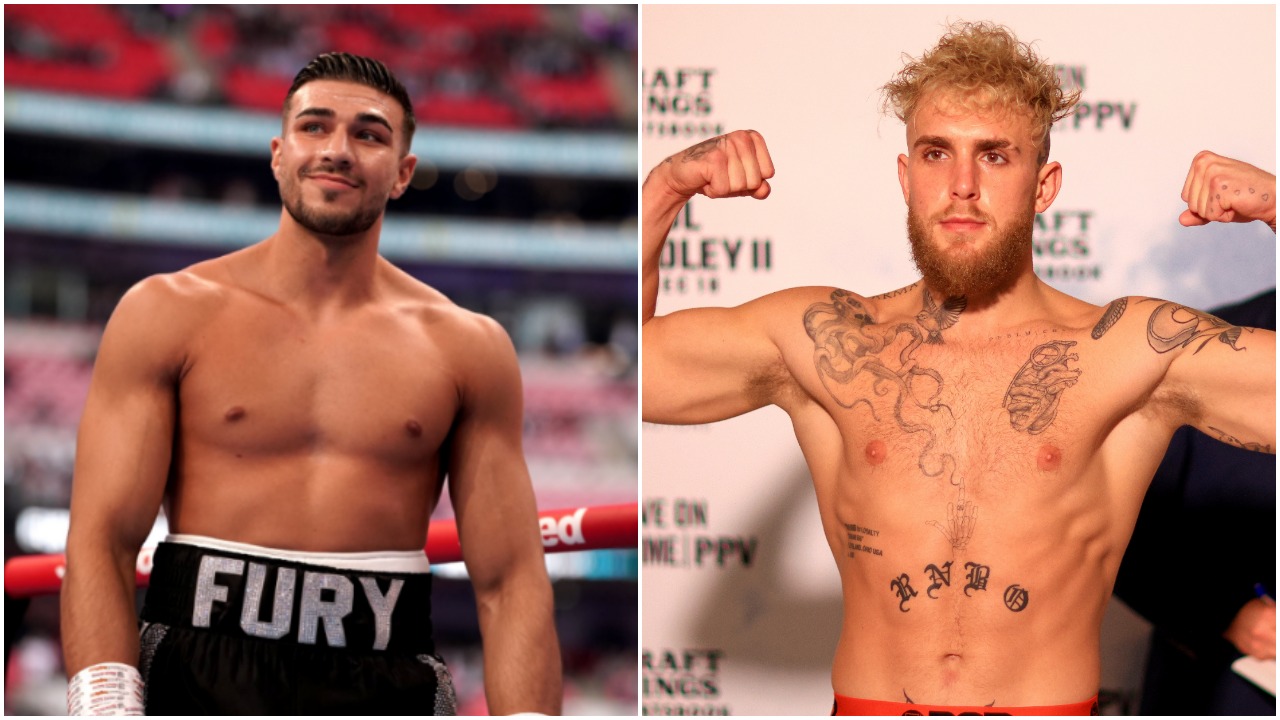 Tommy Fury is still eyeing a fight against Jake Paul.

On Saturday, Fury fought on the undercard of his brother Tyson’s fight card at Wembley Stadium and scored a decision win against Daniel Bocianski.

Tommy Fury showed off the power in his right hand 💪👊 #FuryWhyte pic.twitter.com/IZtWiZSYGF

After the fight, Fury called out Paul months after their fight was called off due to Fury getting ill weeks before the event was set to take place.

“But I just have one thing to say, Jake Paul – this should have been done a long time ago in December and if you want it I’m here and I’m ready for you. I’ll cut you and chop you to bits just like I did there, get the contract signed you bum, let’s get it done once and for all.

“That lad in there would have killed Jake Paul, that lad is a true professional. He was cut to bits, still in there giving me everything that he had, he’d slap Jake Paul and it’d be over. Jake Paul, I’m going to end your career, you’re a bum and you’re no good. Let’s get this fight done and get this settled.”

Paul immediately fired back at Fury via a statement to Ariel Helwani.

I asked @jakepaul what he thought of @tommytntfury’s victory:

“Congrats on beating a 10-1 fighter. But that stadium was empty. When I fight the stadium is full. When Tommy fights no one gives a fuck. And that’s in his home country. Let’s see how Anderson Silva’s event does.”

While Fury has looked unimpressive in the boxing ring, he should be the favorite to face Paul next whenever he decides to fight again.