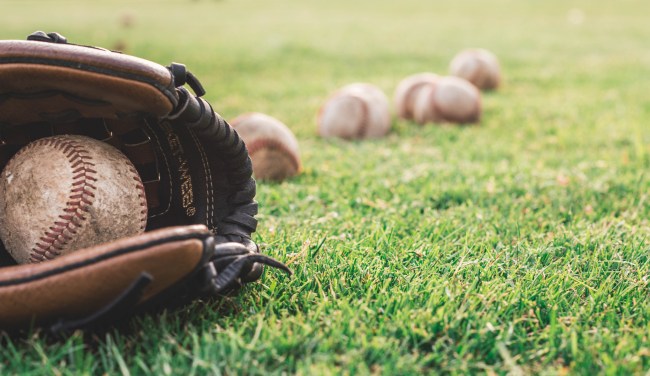 Tommy Morrissey might be a name some of you recognize — since he’s the seven-year-old who nearly hit a hole-in-one on Pinehurst’s Par 3 course this past summer, even impressing pro golfers like Bryson DeChambeau and Tiger Woods with his golf game. That’d be brag-worthy enough for a kid his age, but when you consider that little Tommy excels at sports with just one arm, it’s even more amazing.

Apparently, when little Tommy’s not out there showing people up on the links, he’s swinging for the fences in little league, proving that he can do something just as great with one arm as people who have two. And this video of him hitting a dinger is definitely proof of that. Take a look at this smooth swing of his.

He might only have 1 arm, but that's not stopping Tommy from hitting dingers.

Tommy Morrissey’s homer didn’t just get the attention of a few people on the Internet, but ESPN even gave the little bro a shout-out, which has to feel good for a kid who’s still learning multiplication. That’s some big-time stuff right there, guys.

Named the 2018 Peggy Kirk Bell Award by U.S. Kids Golf, which annually goes out to “one young golfer that has demonstrated outstanding philanthropy and inspiration through their efforts on and off the golf course,” Tommy Morrissey’s getting a lot of (well-deserved) recognition for his inspiration to millions. It’s why his family helped start a foundation to provide financial aid for non-medical costs associated with limb saving surgery and rehab, called “Tommy Fund”, which is pretty awesome to do at such a young age.

Through the Morrissey’s unLIMBited Foundation, the “Tommy Fund” has been established at The Paley Institute to provide financial aid for non-medical costs associated with limb saving surgery and rehab.  The Foundation has raised over $150,000, thanks in part to donor partners like The Jordan Spieth Family Foundation, The Honda Classic, and Honda Cares Foundation.  It is estimated that there are 30 children who have had their limbs saved so far.

Whether it’s driving a golf ball off a tee right down the center of the fairway or smacking a homer over the outfield wall in little league, there doesn’t seem to be anything that Tommy Morrissey can’t do, and it’s pretty inspiring to see. Keep it up, little bro.