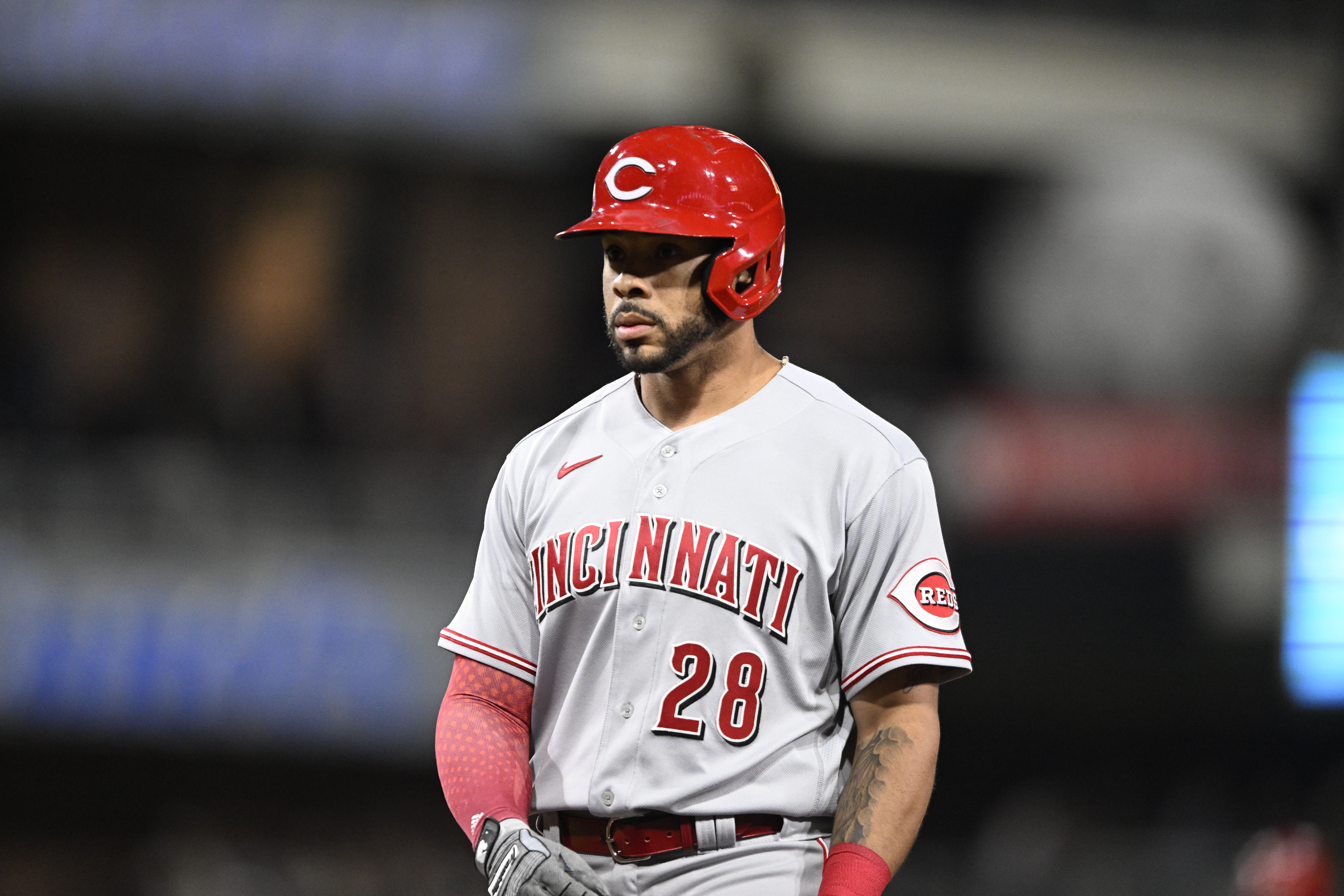 On Friday night, Pham reportedly went over to Giants’ outfielder Joc Pederson before their game and slapped Pederson in the face in front of reporters.

Pham was scratched just before the rain-delayed game started at 8:48 p.m., more than two hours after the scheduled start time. According to the Reds, MLB is investigating the incident and Pham agreed not to play pending the results of the investigation.

Sources say the Giants asked for Pham to be removed from the lineup prior to the game, but the Reds resisted until close to game time. Albert Almora Jr. was inserted into the game as the team’s left fielder.

The confrontation happened during the Reds’ batting practice and took place in left field, where Giants pitchers were warming up. Players ran in from both the dugout and the bullpens to break up the action.

Pederson spoke with the media after the altercation and revealed that Pham was angry at him over a disagreement in a fantasy football league that occurred over a year ago.

Joc shares details of what happened in his fantasy football league that started his altercation with Tommy Pham today pic.twitter.com/d9NBTwPVoG

“We’re in a fantasy league together. I put a player on injured reserve when they were listed as out and added another player,”

“And then there was a text message in the group saying I was cheating because I was stashing players on my bench. Then I dunno, I looked up the rules and sent a screenshot where it says when a player is ruled out, you’re allowed to put them on the IR, and that’s all I was doing.

“It just so happened he had a player, (49ers running back) Jeff Wilson, who was out and he had him on the IR and I said you literally have the same thing on your team, on your bench.

“I guess he was in two leagues and in one of them he was on the IR and one of them he wasn’t, maybe that was a confusion, but on the ESPN league we were in he was listed as out. It feels very similar to what I did, and that was basically, there’s not that much more to it.”

“There was no real argument,” “He kind of came up and said, ‘You remember from last year?’ And I was like, ‘Fantasy football?’ And he’s like, ‘Yeah.’ ”

Amazing. Tommy Pham held a fantasy football grudge for over a year — an argument over an IR designation — and got revenge yesterday. https://t.co/TGFZ0ylrCD

I’m dying at the visual of Tommy Pham walking up to Joc, saying “You remember from last year?” Joc responding with “You mean fantasy football?” and then getting slapped. https://t.co/il3TcYzGT0

This has to be one of the funniest news stories of the year. The fact that Tommy Pham held a grudge about a fantasy football IR designation for over a year is HILARIOUS to me. https://t.co/KVxST5Gbrj