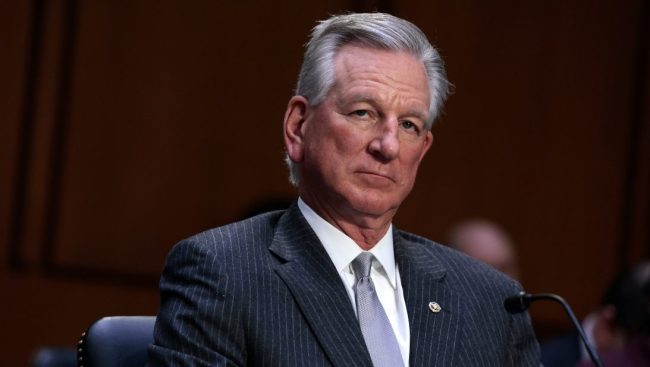 The college sports landscape took a drastic turn once the NIL deals came to fruition. Schools across the nation now must utilize money-making opportunities to convince athletes to join their programs. So far, the college football landscape has become ever more popular due to the money pouring in. However, it sounds like congress is taking action as they’ve put Tommy Tuberville in charge of NIL regulation and fans can’t stop laughing about it.

According to Sports Illustrated, the college football coach turned senator is drafting a bill to potentially mend NIL deals. Due to his experience in coaching, it makes sense why congress would anoint Tommy Tuberville. The Republican Senator claims, “I’ve talked to all my [coaching] buddies. They’ve never seen anything like it. When you don’t have guidelines and direction, no matter what you are doing, you are lost. They are all lost right now.”

Perhaps he’ll provide some guidelines for every team to follow but that is yet to be determined. In the meantime, college football fans can’t help but laugh at the idea of Tommy Tuberville being in charge of regulating NIL deals. Pat Forde, a senior writer at Sports Illustrated came off the top rope with his take.

College sports leaders: "NIL landscape is too difficult for us to navigate. We need Congressional help."
Congress: "You asked for it, you got it. Your savior is a former football coach who couldn't name the three branches of government." https://t.co/eiBRf3UjAp

Everybody seems to have an opinion on Tommy Tuberville being in charge.

yes a millionaire former coach and a guy who his a lengthy history of courting the political support of millionaire coaches are the ones who should write this bill https://t.co/Tie4chocQV

So you know this bill is going to be shoddy from the start https://t.co/QothKBLDgG

Tuberville then added: "As soon as someone explains to me how a bill is drafted I'm gonna roll up my sleeves and ask someone else to do the work." https://t.co/WJyfJrgt4u

Nice to see they are going to put more effort into regulating NIL and taking from "student-athletes" than climate change. https://t.co/2czQnvsCvc

We’ll see how this all plays out but there aren’t too many positive takes regarding this news. Regardless, Tommy Tuberville is in charge to regulate NIL deals which could lead to some drastic changes. Hopefully, it works out for the best, especially considering a ton of athletes have already signed NIL deals with the college football season around the corner.