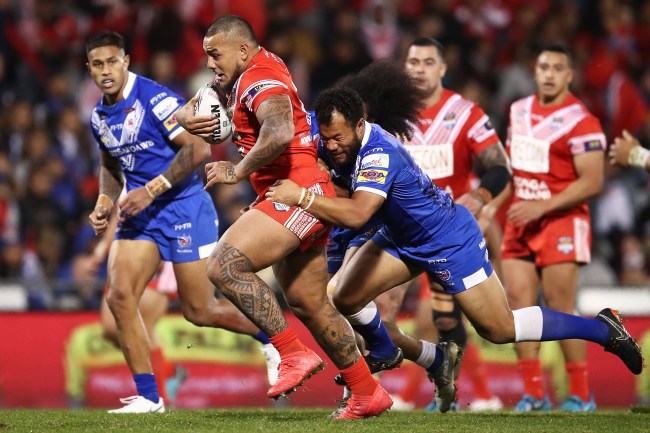 The national Rugby teams of Tonga and Samoa faced off last weekend in a Pacific Test match on Saturday which was held in Sydney, Australia. One of the coolest traditions in Rugby is the native war dance. The most famous expression of the pre-game war dance is definitely the Maori Haka from New Zealand’s national team, but fans in Sydney were treated to something equally as mesmerizing last weekend.

This was amazing by Tonga and Samoa #goosebumps #PacificTest pic.twitter.com/xN7tpL9uYS

As noted on SBNation, the opening lines of Tonga’s Sipi Tau has some of the most metal lyrics you’ll find anywhere in sports:

I shall speak to the whole world. The Sea Eagles are famished unfurl. Let the foreigner and sojourner beware. Today, destroyer of souls, I am everywhere. To the halfback and backs. Gone has my humanness.

So, even though that’s one of the most badass pre-game rituals imaginable and those lyrics are metal as hell, I have to wonder if it’s all lost because of the language barrier. It’s not like the other team knows that you’re becoming the destroyer of souls. I guess in that instance it’s all about hyping yourself up instead of putting the fear of Satan into the soul of your opponent.