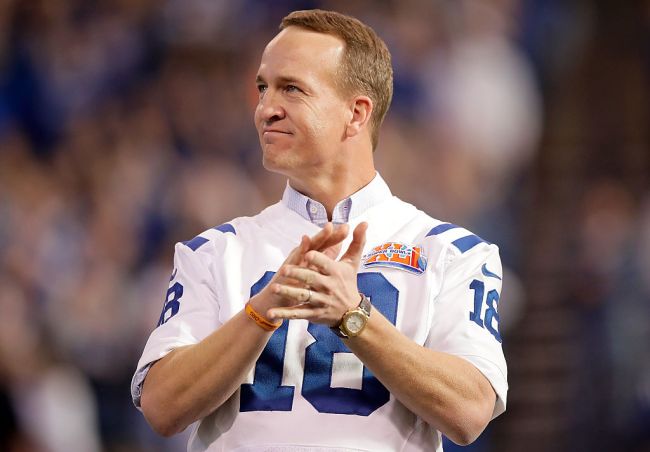 Over the course of his NFL career, Peyton Manning’s play-calling at the line of scrimmage became legendary among football fans. To this day, there are still quarterbacks that use his “Omaha” call at the line in his honor and he even named a business after it.

It turns out that there is another reason why his play-calling was legendary.

According to Dungy, the Indianapolis Colts were facing the Patriots in their first game of the 2004 season and the Patriots had decided they didn’t want to let the Colts throw the ball. In response, the Colts called a run play that found some success. After seeing the success of the run by Edgerrin James, Manning decided to call the play again.

In fact, he decided to call that same play 12 times in a row.

Unfortunately, that gameplan didn’t work out for the Indianapolis Colts throughout the game as they wound up losing to the Patriots 27-24. That was a regular occurrence for Manning and the Colts when they faced Tom Brady’s Patriots. Manning and the Colts went 3-6 in regular season matchups over the course of his career.

Overall, Manning and the Colts went 4-8 against the Pats when including playoff matchups. At that point in their careers, Manning had yet to beat Brady at all with this loss to the Pats dropping his record to 0-5 in head-to-head matchups.

While Manning didn’t get the result he wanted out of the game, it is still incredible that he called the same play 12 consecutive times in a matchup against his greatest foe.