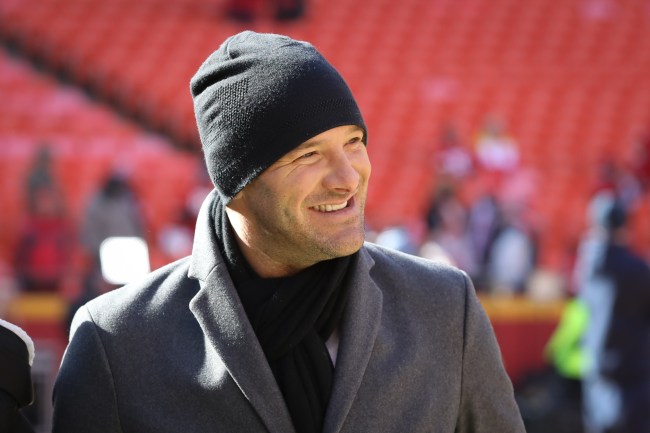 Tony Romo is staying put at CBS and he’s getting paid.

According SBJ’s John Ourand, CBS and Romo agreed to a longterm deal.

Romo deal is described as long term. It shows CBS’s commitment to the NFL, as those negotiations heat up.

Jon Gruden was the highest paid NFL analyst at $6.5 million per year before he returned to coaching.

Tony Romo is now the highest paid analyst at $17 million per year. (Romo made $18 million in his final season with the Dallas Cowboys.)

Romo is getting paid $17 million a year by CBS which is the highest figure ever paid for an NFL analyst.

The contract will pay Romo around $17 million per season, which is more than the previous NFL high of $8 million per year John Madden received more than two decades ago. Even when adjusted for inflation — which would make Madden’s number $14 million — Romo still is the highest paid ever.

The deal is a long-term contract, with sources saying it is for significantly more than five years. This means the total value for Romo’s contract will surpass $100 million.

Apparently ESPN never made an offer for Romo despite previous reports.

Sources say ESPN did not make a formal offer to Romo. ESPN was interested, of course. It never got to the point of presenting an offer.

.@espn was clearly interested in #tonyromo but because window wasn’t open, never made offer. Sources there say they would not have gotten close to $17/year.