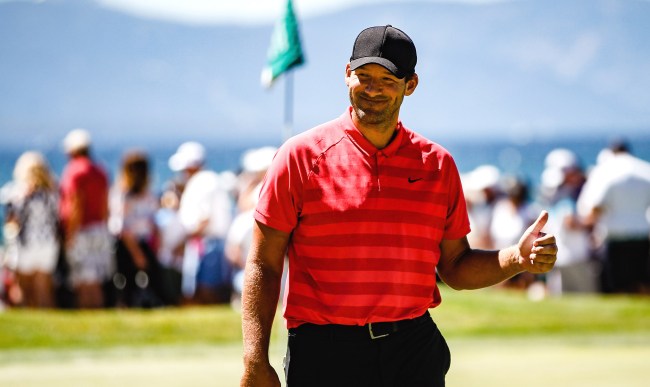 Former NFL quarterback Tony Romo is certainly a man of many talents. He went from an undrafted free agent out of Eastern Illinois University to arguably the best Dallas Cowboys QB of all time. Then, when he retired, he became one of the highest paid broadcasters in just a few years on the job thanks in part to his uncanny ability to predict what plays teams will run. Oh yeah, he’s also a scratch golfer, winning the 2019 the American Century Championship.

Another one of Romo’s many skills apparently is the ability to do imitations of some of the most famous NFL quarterbacks of all time, as he showed this week on an episode of Jimmy Kimmel Live.

Only it’s the voices of QBs like Tom Brady, Peyton Manning and Brett Favre, that he can imitate, Romo has their pre-snap routines and throwing motions down pat and it’s fantastic.

Romo and Kimmel also talked about hanging out with Jimmy at Willie Nelson’s house (after they woke him up), the start of Romo’s broadcasting career, and playing a teenager in Madden, but the impressions, man… so good.

Jimmy says Romo could go Vegas with them, and he might not be far off. Well, maybe not Vegas, but definitely somewhere like Canton, Ohio.