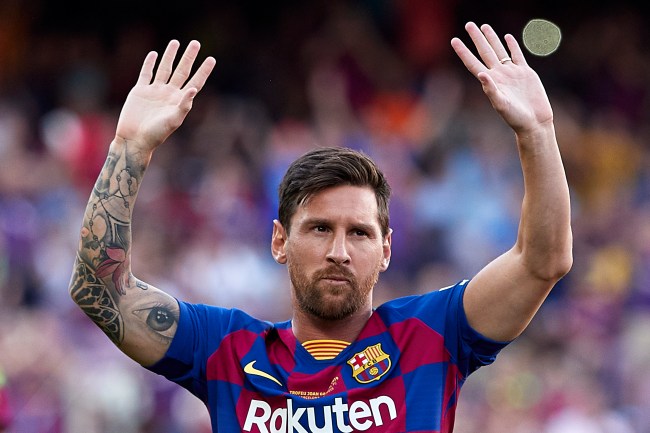 The release of FIFA 20 is nearly upon us and this week EA Sports revealed who the top 100-rated players in the game will be this year. The official FIFA 20 release date is September 24th but the Beta release has been available for a few weeks to the fans who were lucky enough to get a Beta Code in the email and the ‘Demo’ release is available NOW for PS4, Xbox One, and PC.

Personally, when it comes to my forwards I’m willing to sacrifice a little bit of DEF/PHY for speed and shot rating and Cristiano Ronaldo holds the edge over Lionel Messi there while Messi has the better overall stats. Just behind the world’s top duo is PSG’s Neymar Jr. with a 92 (LW) who clocks in with a 91 PAC and 95 DRI.

The fourth-ranked player in FIFA 20 Eden Hazard who is now at Real Madrid. He has a 91 (LW) rating with 91 PAC, 94 DRI, 86 PAS, and 83 SHO. Manchester City’s Kevin De Bruyne who is an absolute POINTS MACHINE lately, nothing a hat-trick of assists for Belgium this week, is the highest-rated non-striker with a 91 CAM card (92 PAS, 87 DRI, 86 SHO).

Slovenian goalkeeper Jan Oblak who plays at Atletico Madrid is the highest-ranked keeper in the game with a 91-rating and just behind him is Liverpool’s Virgil Van Dijk, the top-rated defensemen in FIFA 20 with 77 PAC, 60 SHO, 70 PAS, 72 DRI, 90 DEF, and 86 PHY. This is somewhat controversial considering that Van Dijk was arguably the top player in the world last year and could’ve easily clocked in with a higher rating.

Here is how the rest of the top-40 players line up:

These are the four fastest players in FIFA 20:

Here’s an Instagram gallery of the highest-overall rated players:

You can click here to visit EA Sports’s website where they have a full rundown of the top 100 FIFA 20 players. Personally, I’m enthused by how many of my Tottenham Hotspur players are top-ranked this year including our striker Harry Kane as the highest-ranked English player but that doesn’t mean shit if the Spurs don’t start winning some PL games on the road which they haven’t been able to do for months.

We face Crystal Palace at home this weekend which should be a relatively easy win then Leicester on the road on the 21st which will be a tough test. By then, I’ll be fully engrossed in this game and probably won’t have slept in days…