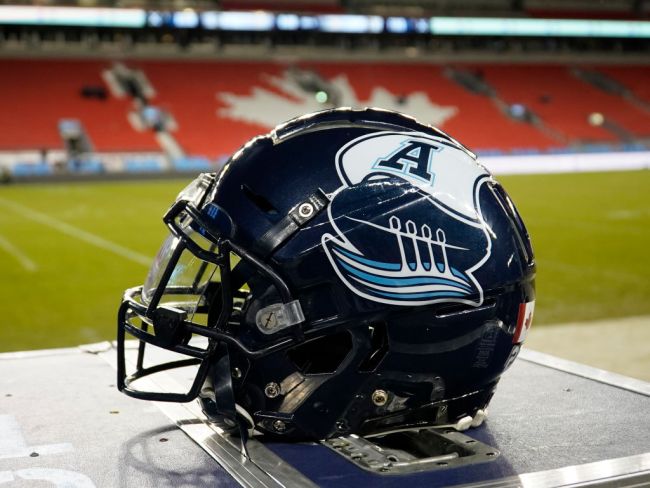 Things got a bit wild after the Argos’ CFL playoff game against the Hamilton Tiger-Cats on Sunday.

After Toronto’s 27-19 loss, several Argos’ players were seen jumping into the stands and getting into a physical confrontation with a Tiger-Cats fan who allegedly spit beer on them.

WATCH: Things got heated at the Toronto Argos VS. Hamilton Tiger Cats game earlier after a Ticats fan allegedly spit his beer into a players face. pic.twitter.com/PPTjzukmAG

Argos players giving this Hamilton fan a beat down! 😧

Full Video 2/2
Only thing we know for certain is BMO security lost control of the situation. pic.twitter.com/dV4WOp7Lxj


Both the Toronto Police and the Argos released brief statements to say that they are looking into the matter.

Toronto Police say they are investigating an incident after the Toronto Argonauts’ CFL playoff game on Sunday after video emerged on social media showing Argos players in an altercation with a Hamilton Tiger-Cats fan.

Police told Sportsnet they have no further information on the investigation.

A CFL spokesperson said the league is aware of the incident and is reviewing it.