Indians Pitcher Trevor Bauer Is Donating $420.69 To Charities Over 69 Days Which Is Nice 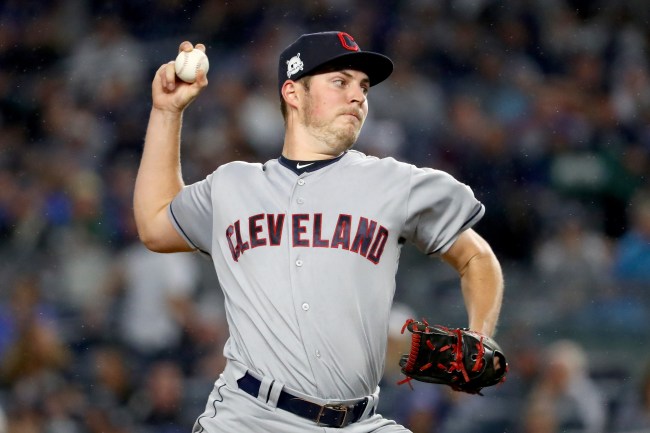 Cleveland Indians pitcher Trevor Bauer is so dedicated to the 69 that he constructed his entire arbitration around it.

The 27-year-old righty proposed that the Indians pay him a $6.9 million for the 2018 season, but was told that salary was a bit north of what the Indians were willing to pay. So, Bauer brought a new salary to the table: $6,420,969.69. As you can see, the revised salary proposal contains two 69’s. It also contains a 420, which is ironic considering Bauer doesn’t drink or smoke.

“I just think it’s a good number,” Bauer told Yahoo Sports. “I think it accurately reflects my place in the salary structure relative to other athletes.”

The powers that be didn’t find the references so cute, and Bauer agreed to file a number with no weed or sex references. The number,$6,525,000, was higher than the aforementioned proposal. And we’re just getting to the good part.

Via Jeff Passan of Yahoo Sports:

Though Bauer won the case, his wish to be paid $6,420,969.69 did not abate, and it has spawned a most unique campaign of philanthropy. Bauer launched what he’s calling The 69 Days of Giving. Starting Thursday on opening day, he will donate $420.69 a day for the next 68 days to a different charity, the majority of which he plans on choosing after soliciting suggestions from fans on his website. On the final day, Bauer will give $69,420.69 to a charity he’s keeping secret.

In total, he will donate $98,027.61, starting with a contribution Thursday to the Lone Survivor Foundation, a favorite of Bauer’s that supports wounded veterans. The leftover $6,002.70 will go to Taiki Green, the campaign manager for the 69 Days who will administer the website and shot the hype video that went live on the site Wednesday. Subtract those two numbers from his salary, and voila: $6,420,969.69.

“I’m just trying to give to charity, man,” Bauer said. “I’m fortunate enough to be in a position where I have the ability to do that. I have the means to do that. I’m in a good spot. And I can use my platform to spread stuff that I’m passionate about.”

That is, without a doubt….