Trevor Lawrence Shoved A Dude To The Ground For The Dumbest Reason In An Intramural Basketball Game, Is ‘That Guy’ 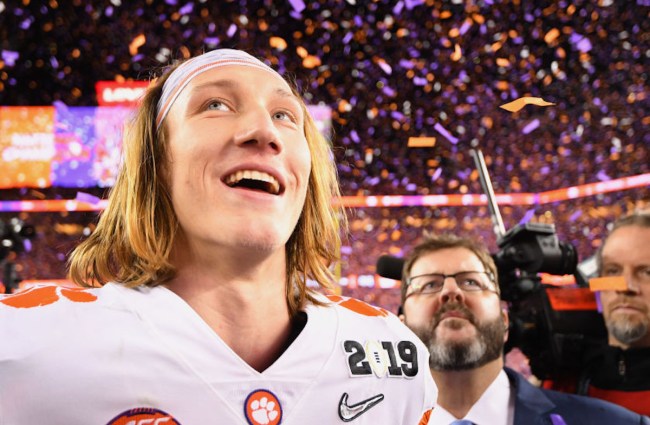 If you’ve played pickup or intramural basketball for long enough, you know there are a few “guys” you’ll encounter on the court regardless of where you’re playing.

However, there’s no one worse than Takes Things Way Too Seriously Guy, who sees no issue with the fact that three-pointers are worth twice as much as a normal basket in a typical pickup game for some arbitrary reason but takes every other aspect of the sport with the gravity of Jupiter.

Did you know Jupiter has the strongest gravitational pull in the solar system? If you didn’t, you do now.

Based on a video that surfaced on Monday, Clemson quarterback Trevor Lawrence is officially That Guy based on how he seems to play in a game with little to no real-world consequences.

Sure Trevor was a little rough, but you don’t set a screen on T-Law. You just don’t. pic.twitter.com/CBMeQvE8VN

In the video, Lawrence can be seen repeatedly shoving an opponent until he pushes him to the ground after the player set what the Clemson star apparently perceived to be a particularly aggressive screen.

After watching the video a few times, it appears like the dude is has his feet set and the QB didn’t seem to have too much trouble making his way through the screen, which makes his reaction seem even more baffling.

I’d personally expect a quarterback who just won a national championship to know a thing or two about keeping his head on a swivel but it appears Lawrence still has some things to learn.