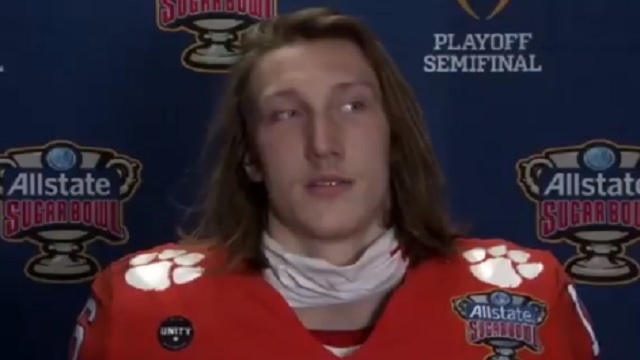 Clemson QB Trevor Lawrence had himself a rough night on Friday.

In what is likely going to be his final college football game of his career, Lawrence got blown out by Ohio State at the Sugar Bowl 49-28.

Dabo shares a moment with Trevor Lawrence on the sidelines 🧡 pic.twitter.com/KzQ6fpyuSz

Things got worse for Lawrence during the team’s postgame Zoom call press conference when a reporter unwittingly mocked his mustache while unmuted. Lawrence played it cool and thanked the reporter for the remark while laughing.

Here’s the video of what transpired during the zoom call with Lawrence and the reporter.

Someone just lost their job 🤭 https://t.co/HtsPHiVRQ0