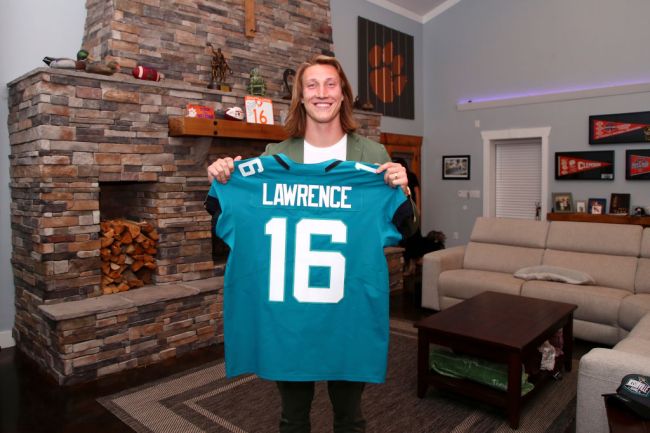 The start of the 2021 NFL Draft was expected to be as smooth as ever. The Jacksonville Jaguars were going to select Trevor Lawrence with the first-overall pick, something the entire world had known for months, and then the chaos would ensue from there with the following picks.

While the Jaguars did draft Lawrence, it wasn’t exactly smooth sailing.

The NFL told Jacksonville that it needed to wait seven minutes before making their pick and sending the card in with Lawrence’s name on it. That’s totally understandable, ESPN and the other networks needed to fill a certain amount of time with draft coverage.

So, the Jags waited the seven minutes as they were instructed to do, but nobody in the organization actually called Lawrence. When the seven-minute window passed, Jacksonville tried to call Lawrence on his cell phone, but it went to voicemail. They tried again, voicemail. A third time, again, voicemail.

The Jaguars recently released a behind-the-scenes video of draft night and it actually shows Lawrence sending their call to voicemail.

#Jaguars released a video of their Draft night, turns out that because the NFL required them to wait 7 minutes, they took their time to call @Trevorlawrencee. Once they tried it went to voicemail… 3 times

They finally got in touch to draft him.pic.twitter.com/JeeHCo3U6t

Jaguars owner Shad Khan said he and others in the organization were legitimately nervous that they couldn’t get a hold of Lawrence on the phone.

“We were passed, like, the 6th minute when we were ready to turn it in. And then there was the set up…We started calling him getting a recording,” Khan explained. “And there, you’re seeing the clock tick away and we’re like ‘Let’s try it again.’ And we got the same recording. So after about 3 tries, you’re getting nervous.”

So, Lawrence’s career with Jacksonville didn’t get off to the smoothest of starts, but everything worked out in the end.