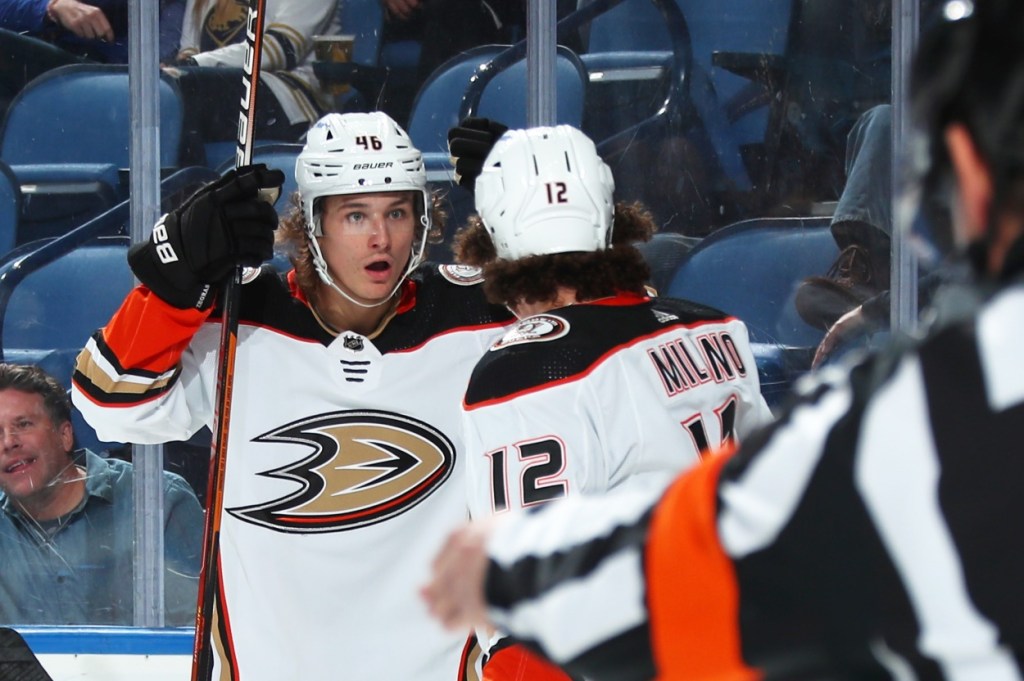 Anaheim’s Trevor Zegras channeled his inner magician and with shades of ‘The Michigan’, he flipped the puck sideways and onto his stick. Trevor then lifted the puck and passed it over the net from the back and Sonny Milano swiped it out of mid-air for the goal. This is basically a lacrosse goal happening in the NHL and it’s stunning to witness.

And Zegras’ giddy reaction on the bench makes it even better. He can’t believe what he did because the goal itself was unbelievable. NHL fans also reacted with complete shock (reactions below the goals).

Zegras' reaction to that goal is killing me 😂 pic.twitter.com/S3KyEkseD7

There were some A+ reactions on Twitter after the lacrosse goal from Trevor Zegras. And I suspect we’ll hear about this goal for years because it’s truly one of the best NHL goals of the 21st century.

All of us watching this goal pic.twitter.com/jXSJUjsdYq

This feels like when Jackie moon invented the ally oop

Reminds me of this from the opening of NHL 06 lol pic.twitter.com/ztSwXvmzXe

Trevor Zegras is only 20 years old. He has 21 points in 24 games this season. Anaheim is currently 2nd in the Pacific Division. Things are going very well for him and the team right now. This season is going to be incredible.