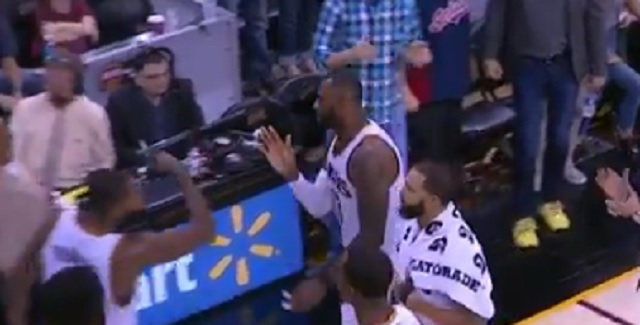 LeBron James tried to belittle Tristan Thompson the same way he used to belittle Mario Chalmers during his days in Miami but the Cavs big man wasn’t having it.

Heres the play that ignited the huddle skirmish fire, LeBron & Thompson were arguing how to hedge on George (who was making it rain). Fail. pic.twitter.com/Q2PY2B1dIr

But Thompson wasn’t having it and started yelling some expletives at LeBron.

Thompson told Lebron "you got me fucked up N word " lol https://t.co/TIMUy5dMi5