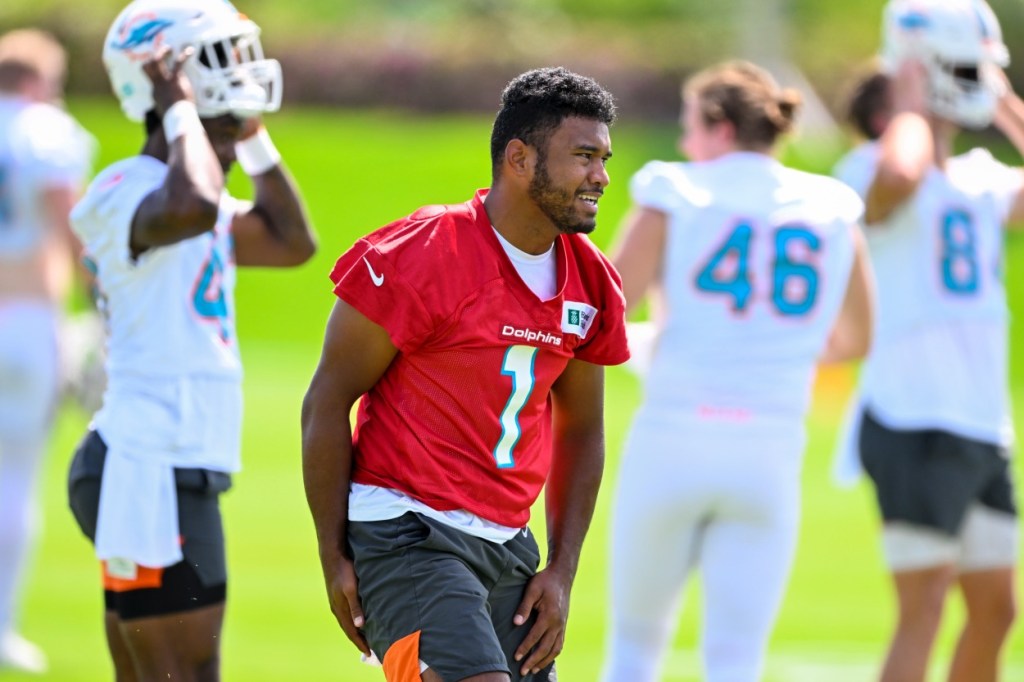 The aerial connection between Tua Tagovailoa and Tyreek Hill has been under a microscope for weeks. It all started when Tua got ripped to shreds for a video of him underthrowing a pass in practice.

Tyreek would later call Tua Tagovailoa ‘one of the most accurate QBs in the NFL’ which led to Hill and Tua getting roasted again. And now we’re here and Tua appears to be practicing with a chip on his shoulder.

I believe it was old Billy Shakespeare who wrote the line “the lady doth protest too much, methinks” in Hamlet. And for Tua Tagovaioloa to be beating his chest about a throw that ‘looked like money’ is just hilarious to me. But let’s see what he said and what NFL fans are saying on Twitter…

Tua: “Twitter warriors, keyboard warriors, whatever you want to call them, they're not out here practicing with us working hard .. I don't know if you guys recorded that last one to Tyreek but that looked like money.”

There were TWO at practice today. TWO!

Tua two long TD passes to Tyreek Hill today. What a time to be alive

Let’s see what people are saying…

That's what I'm talking about, Tua has that swag back in him and that's a great sign of things to come.

Tua really, truly should NOT be paying attention to the trolls online.

Stop worrying about us idiots on Twitter and get better to lead this team to the playoffs! 🐬🐬 https://t.co/IH7gVItjC9

lmao this is so embarrassing https://t.co/OyXBUNQjty

It’s pretty amazing how the crowd is basically divided between ‘Tua Tagovailoa is DIFFERENT now and the SWAG is real’ and the level-headed people who are like ‘this is actually embarrassing AF, he needs to go focus on getting better’.

If my quarterback was throwing passes in practice and then talking about Twitter trolls, I’d be concerned. That’s all I’ll say about that.