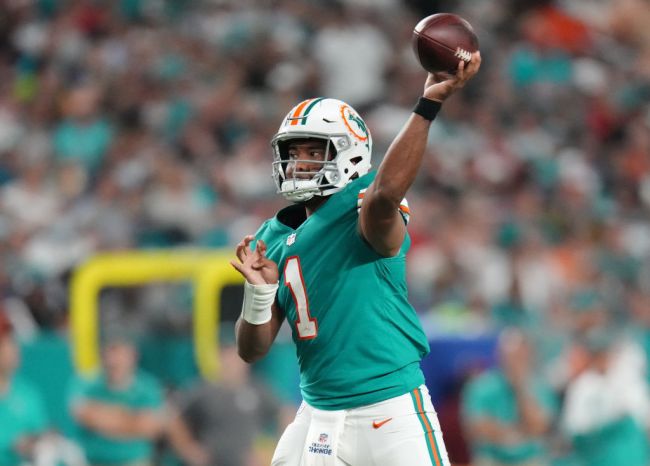 Since joining the Miami Dolphins this offseason, Tyreek Hill has been Tua Tagovailoa’s biggest fan. He has taken every opportunity he can get to discuss Tua’s accuracy, even claiming that he’s more accurate than Patrick Mahomes.

Today, Tua was asked about that support he’s received from the team’s new star and made it clear that he’s happy to have Hill around.

It’s cool. Tyreek is someone that has well established himself in this league and to have the support from him means a lot. I’m glad to have him as my teammate.

He was asked about Hill’s support again later in the same press conference and reiterated how great it is to have the support of a player of Hill’s caliber.

The two already appeared to be showing some chemistry at camp today as Tua hit Hill with one of his best throws of the day.

One of Tua’s best passes of the day to WR Tyreek Hill. They’ve got some early chemistry working in their favor. pic.twitter.com/JXYvQ3eupE

Tua Tagovailoa will need to find Hill frequently during the 2022 season if he wants to prove that he’s the quarterback the Dolphins were expecting when they drafted him in 2020.