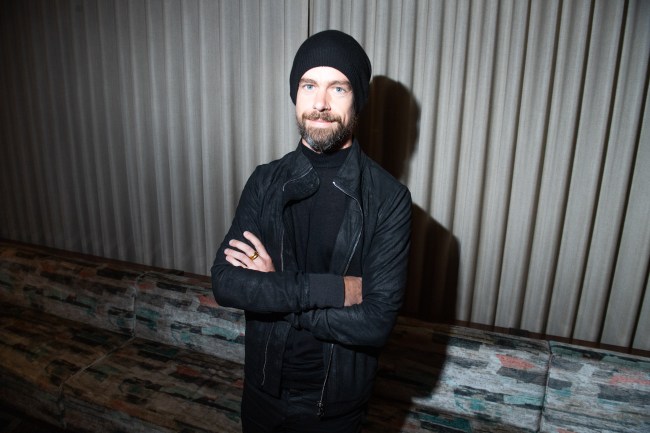 Twitter CEO Jack Dorsey is a WEALTHY man. He has an estimated net worth of 4.3 BILLION which currently makes him the #163 richest person on the entire planet. Not bad for a guy who only launched Twitter back in 2006 (and Square in 2009).

As is the case with most Silicon Valley billionaires who aren’t named Elon Musk, we don’t know a ton about his day-to-day life. We know Jack Dorsey‘s covered in tattoos and often wears a beanie to go with his scraggly beard. In 2016, he gave away one-third of all his Twitter shares to employees of the company. And as of a few months ago, we know he eats like a complete psychopath.

Famously known as just @Jack on Twitter (find me on Twitter at @casspa), he appeared on a podcast last year where he discussed the intricacies of his daily ‘wellness routine’ which includes only eating one meal a day, a habit he says “has been a new dimension” for him. Intermittent fasting is pretty common these days but eating one meal a day is not.

Appearing in a YouTube video for Wired this week, Jack went on Twitter to answer some of the most frequently asked questions about him. This is a recurring feature over at Wired‘s YouTube channel but this is the first time they got the big guy (Jack) to answer questions about his own company using his own service. Jack also might have leaked the secret to getting that infamous Verified™ blue checkmark on Twitter.

Here’s the full clip with more about the verification + Jack’s one meal a day below:

When asked about how to get Verified and the blue checkmark, Jack revealed the secret sauce and probably just destroyed the inbox of this guy from now until the end of time.

“There’s a guy named Kayvon, and he handles all the verification, which is the blue checkmark,” Dorsey said. “So if you either DM him or mention him, you have a high probability of getting a blue checkmark.”

But this isn’t just any employee. Kayvon Beykpour, whose official title is product lead, was referred to by Dorsey as “the verification god.”

This is the guy right here, @kayvz, according to Jack’s answer. Don’t expect a reply from him anytime soon though because he’s currently getting bombarded with nonstop requests from random people asking him to verify their accounts.

As for Jack’s one-meal-a-day schtick, here’s more information about his routine from CNBC:

These days, Dorsey eats “seven meals every week, just dinner,” he told Wired in an interview posted on YouTube, which likely means Dorsey is no longer skipping food on weekends.

According to his previous comments, dinner for Dorsey is “a really big meal” that consists of protein like fish, chicken or steak, and “a lot of greens,” including arugula or spinach salad, asparagus or Brussels sprouts. “And then, I have mixed berries as a dessert, maybe some dark chocolate,” he said in March. (A moderately active man in their early 40s requires an estimated 2,600 calories a day, according to the Dietary Guidelines for Americans.)

Jack also discussed things like an ‘edit button’ or option to edit tweets likely NEVER happening on Twitter, the reason for Twitter’s character limit, how to identify a Twitter bot, and all sorts of other regular questions people ask of him (and Twitter).

Again, you can find me on Twitter at @casspa and to see the full interview with @Jack you can just hit play on that video above to watch the clip!