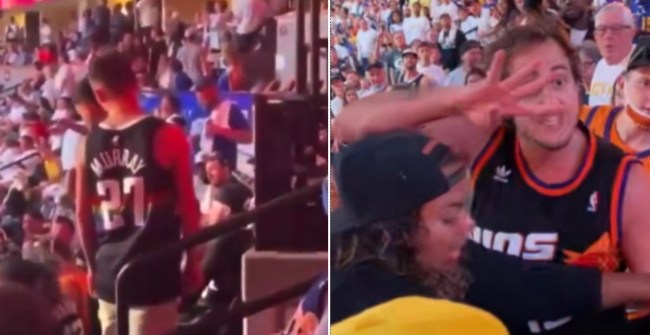 It appears that the two Nuggets fans who got pummeled during a game last week deserved what was coming to them.

Last week a video went viral on the Internet depicting a Suns fan beating down two Nuggets fans while yelling Suns in 4.

According to the Suns fan, who has been identified as Nick McKellar, he was acting in self defense when he beat up the guys in the video. 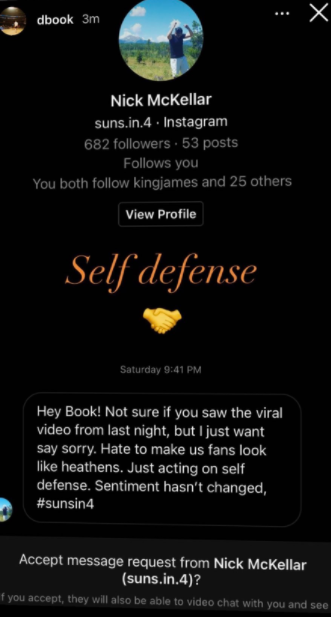 New video that shows the two Nuggets fans pouring beer on McKellar’s head which seems to back up his self defense claim.

McKellar has been hailed a Suns legend and Devin Booker has reached out to him to give him tickets to an upcoming Western Conference Finals game.

It didn’t take long for Booker’s representatives at CAA to find Nick McKellar, a lifelong Suns fan who now lives in Denver. Booker and the Suns are going to send McKellar a signed Booker jersey and provide him tickets to a conference finals game, both Booker’s reps at CAA and McKellar told ESPN.