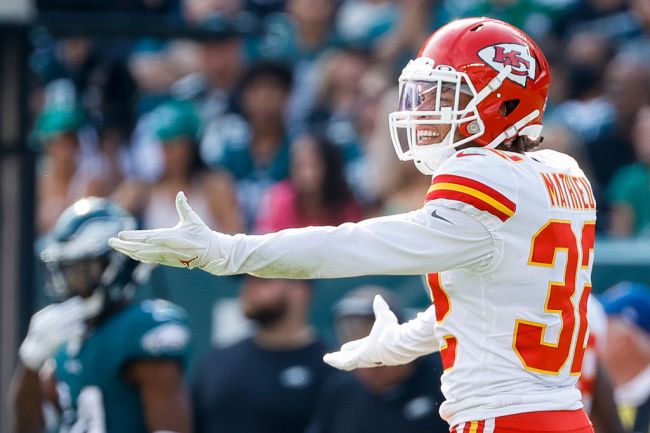 Tyrann Mathieu and teammate Anthony Hitchens are fed up with Chiefs fans complaining about the team’s struggles.

For the past few weeks Chiefs’ fans have been vocal about the team’s play this season which isn’t sitting well with players on the team.

On Friday, Hitchens ripped into Chiefs”fans and implied that they were spoiled considering they’ve been one of the best teams in the league for the past few years. Matthieu agreed with Hitchens and went on to add that the Chiefs had one of the “most toxic fan bases in all sports.”

Chiefs fans were clearly not happy with Hitchens and Matthieu’s criticism.

Pressure cranking up in @Chiefs 👀 – always great when players bitch about the fans! @nfl https://t.co/RP4d8EEu1W

Are you satisfied @AnthonyHitchens and @Mathieu_Era ? If so, maybe it’s time to leave the game. I’m thankful you guys brought success to KC. But if you’re no longer hungry please leave so others can eat. https://t.co/Mgql1vUH2D

Tyrann is really starting to irritate me with this social media bullshit. 95% of the fanbase is supportive and he seeks out the negative and latches onto it. It’s only getting worse. https://t.co/sAxp5PQZqu

“Why are people mad for us not making stops this year after we made stops for 3 years?” https://t.co/pdmY7vEJt6