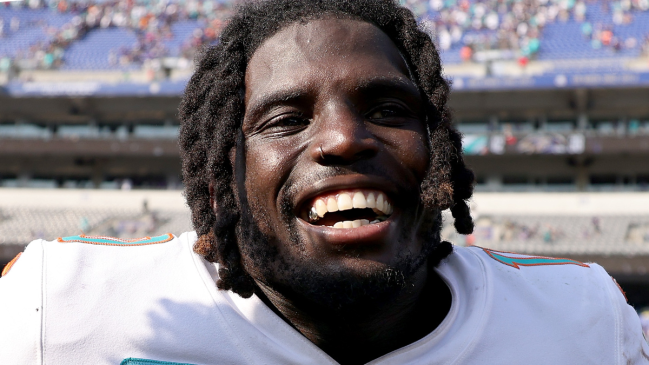 Countless kids have aspired to grow up and become a professional athlete before eventually reaching a point in life where they’re forced to accept it’s just not in the cards. However, as an adult who’s walked that boulevard of broken dreams, I’ve yet to reach an age where I’ve stopped fantasizing about what I’d do with the money that tends to come with that line of work.

Tyreek Hill, on the other hand, doesn’t have to use his imagination. The six-time Pro Bowler raked in close to $40 million over the course of six seasons with the Kansas City Chiefs, and after reaching a point where he felt he needed to move on, he was traded to the Dolphins and became the highest-paid wide receiver in the history of the NFL when he inked a four-year contract worth $120 million.

As a result, Hill probably wouldn’t even have to check his bank account if he decided he wanted to become one of the many people in Miami who have a sizeable fleet of luxury vehicles they can use to try to turn heads while making their way around the city. However, it’s safe to say he’s opted for a slightly more conservative approach.

In Partnership With Charlotte's Web CBD

During a recent sitdown with Shannon Sharpe on the Club Shay Shay podcast, Hill opened up a bit about his spending habits. He admitted to dropping a sizeable amount on an “estate” in the Sunshine State with a garage that’s home to a McLaren 720s, but he almost left the host speechless after admitting his daily driver is something slightly less flashy: a minivan.

An incredulous Sharpe had trouble understanding why Hill would opt for a Dodge Caravan as his vehicle of choice, but the wideout offered a pretty solid explanation for going that route by saying, “You gotta lay low.”