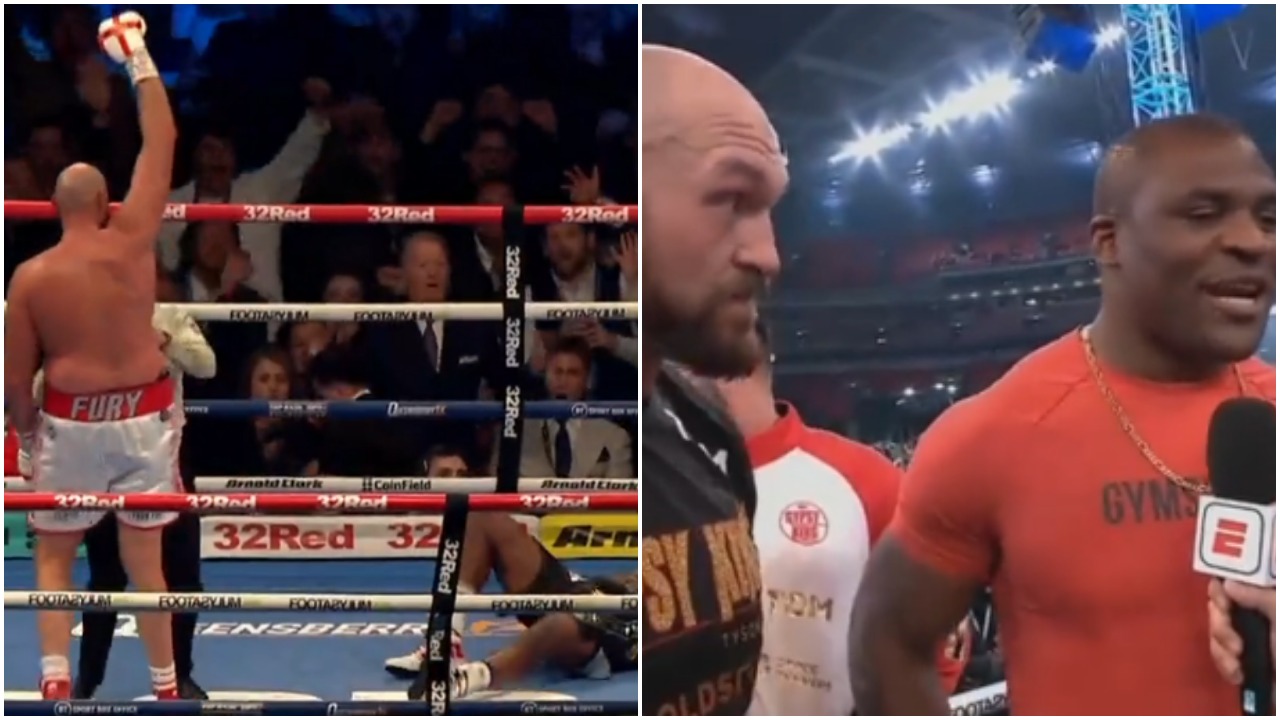 Dillian Whyte didn’t stand much of a chance against Tyson Fury.

In front of 90,000 fans at Wembley Stadium, Fury delivered a perfect uppercut on Whyte in the sixth round.

Here’s a replay of the knockout. Wild.

The speed of this uppercut by Fury is insane! https://t.co/TvvdOjWMZZ pic.twitter.com/bws55pcm5H

After the fight, UFC heavyweight champion Francis Ngannou jumped in the ring and announced that he and Fury would be fighting in a “hybrid fight” with MMA gloves in 2023.

Wow. Tyson Fury brings Francis Ngannou into his post fight ring interview and says they will fight. “Going to be an explosive fight when it happens,” says Fury.

Tyson Fury brought Francis Ngannou into his interview on the US broadcast after KOing Dillian Whyte. The pair agreed to fight in a "hybrid" crossover bout. pic.twitter.com/2v2E7YCxck